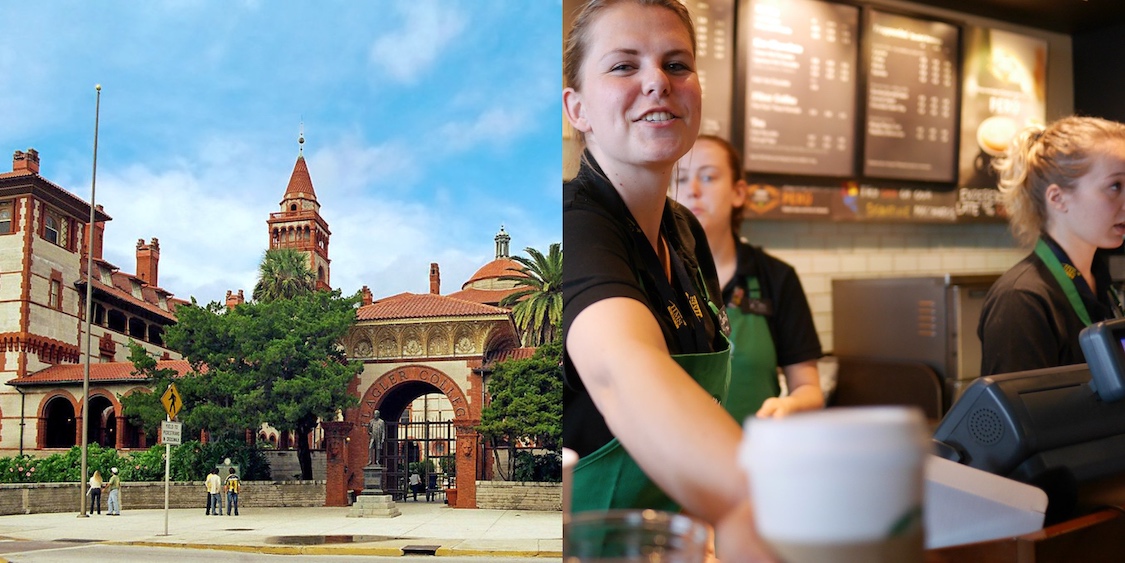 What do you suppose inspires so many career-minded young people to take on ginormous student loan debt to obtain useless liberal arts degrees that haven’t been in demand since resumes were printed on typewriters? And where are their doting, or maybe the more accurate word is coddling, parents in all this?

I understand that some of these young adults are into literature or causes, but are they also into flipping burgers at McDonald’s, editing content for peanuts, working as a Starbucks barista or dumpster diving for food for the rest of their lives? Or maybe they’re just taking the easy way out, or so they think.

Here’s the thing. Ten years after graduation, median salaries of students who attended elite liberal arts colleges are far lower – as much as 50% lower, in some cases – than those of students who graduated from equally selective research universities, according to the Wall Street Journal and data from the U.S. Department of Education.

Now that’s a shocker. Who would have thought that students from Stanford and Harvard, which crank out future technologists and executives by the boatload, would fair far better in the real world than their liberal arts counterparts from elite schools like Swarthmore and Oberlin College?

Look, this is nothing new. When I was a kid back in the dark ages, my folks loved that I read a lot by they loved my interest in science and math even more. They weren’t geniuses, mind you, just working-class people who wanted their kids to have the opportunities they never had and a chance for a better life.

As you know, that guidance worked out pretty well for me.

If we’re going to send our kids through years of college and they’re going to be burdened by crippling student loans, don’t we at least owe it to them to provide some counseling in the realities of supply and demand and the basics of personal finance? At least then they’d know what it takes to pay off their debt, have a fulfilling career, and achieve financial independence, all of which are pretty darn important.

Funny how much whining we hear about income disparity and technology eating up all the jobs, but I’m a baby boomer and, even way back in the 60s and 70s, my poor parents knew enough to guide us into fields where the jobs were. And those fields have not changed. In that sense, surprisingly little has changed.

I’ll tell you what has changed, though. Coddling parents. A ludicrously overpriced education system that provides no practical real-world guidance. Young adults taking the path of least effort and making really bad choices based on misinformation and foolish ideals. And a boatload of pandering politicians who want you and me to cough up more than $1 trillion to forgive student loans that will never be paid back.