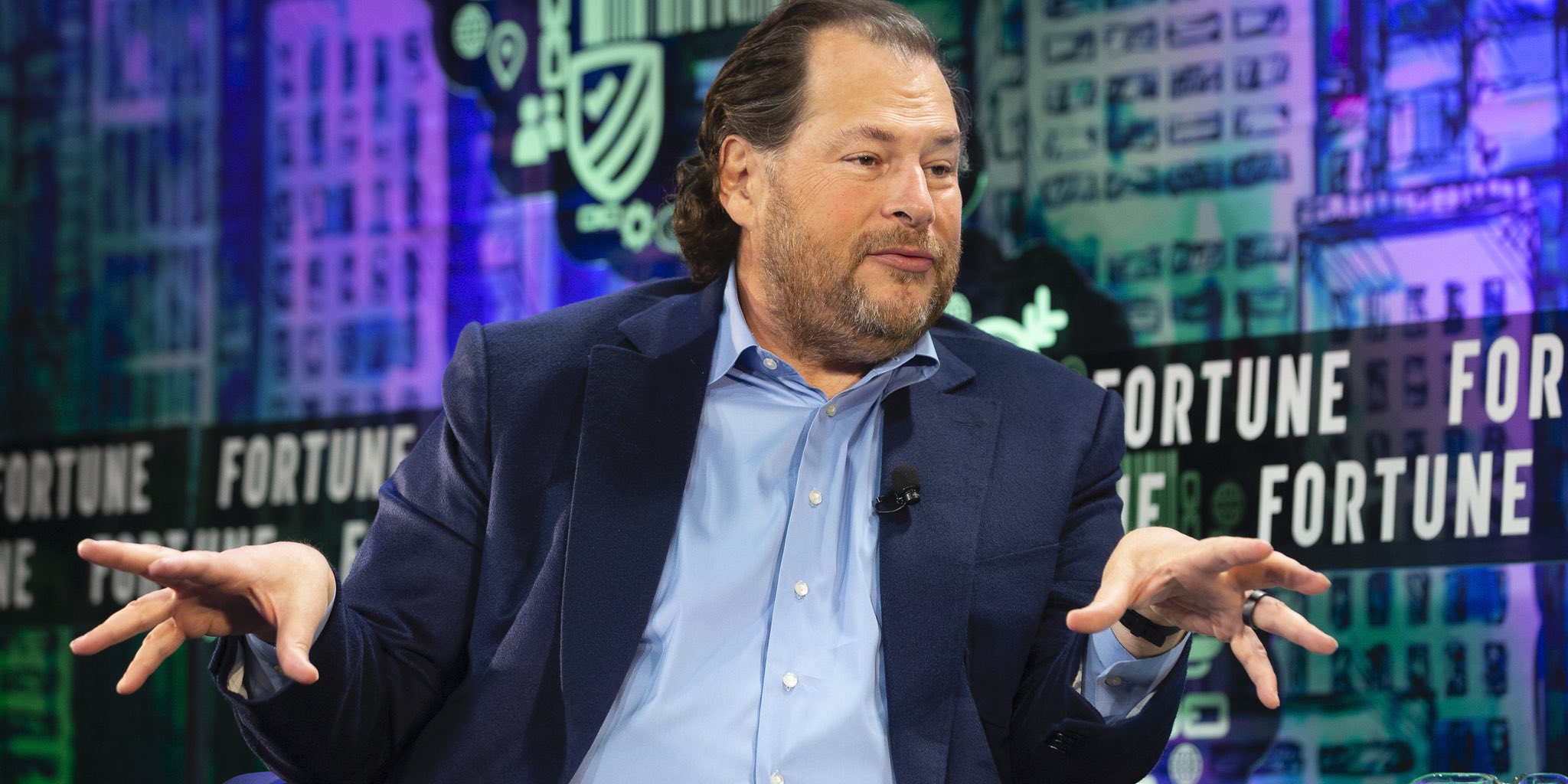 Marc Benioff wishes he was half as clever as Jim Stewart.

ICYMI, Salesforce co-CEO Benioff wrote an op-ed for the N.Y. Times today, We Need a New Capitalism, where the left-leaning executive claims that capitalism in America is broken. And he has the fix: Big government and wealth redistribution.

Of course he does.

Well, don’t ask me how, but Stewart — perhaps the sharpest business columnist around — somehow manages to obliterate Benioff’s entire case in a five-minute CNBC interview a full 10 days before Benioff’s op-ed was even published.

Now that is a neat trick.

Time travel abilities notwithstanding, Stewart makes a simple and effective argument: Free market capitalism works when individuals are incentivized to follow their passion. Sometimes they get rich as a result of their success, but wealth creation is almost never the primary goal.

In any case, if you take away the incentive that allows entrepreneurs to capitalize on their talents to see their visions come to fruition and grow beyond their wildest dreams, that will surely inhibit entrepreneurialism and harm the greatest economy the world has ever known.

Reading his op-ed, I couldn’t help but marvel at what a stellar job Benioff does of defeating his own argument, starting with this:

“Yes, free markets — and societies that cherish scientific research and innovation — have pioneered new industries, discovered cures that have saved millions from disease and unleashed prosperity that has lifted billions of people out of poverty.”

I couldn’t have said it better myself. But did you notice how he used the term “free markets” there, instead of calling the economic force that unleashed all that prosperity and destroyed all that poverty what it is? Capitalism.

It’s capitalism, Marc. C-A-P-I-T-A-L-I-S-M. Just in case you have trouble spelling it.

“But capitalism as it has been practiced in recent decades — with its obsession on maximizing profits for shareholders — has also led to horrifying inequality.”

Is that really true? If you really believe that today’s corporate giants are so obsessed with the bottom line that all their other stakeholders don’t also benefit big-time, then you’re just not paying attention.

Trust me when I tell you that employees, customers, suppliers and communities are all ecstatic to be part of the Apple, Microsoft, Google and Amazon food chains.

Those and countless other “greedy” companies “obsessed with profits” have created entire ecosystems that benefit millions of people and thousands of businesses around the globe every single day.

Don’t even get me started on the Gates Foundation and how Bill and his bud Warren Buffett got all those CEOs to commit fortunes to actually making the world a better place. Guess that’s a different kind of capitalism altogether. Maybe it’s that “free market” thing again. That must be it.

Benioff himself raves about all the great things he and Salesforce have done for the greater good without stopping to think that he may be onto something there and maybe, just maybe, he’s not the only one.

Lest we forget that Whole Foods CEO John Mackey literally wrote the book on Conscious Capitalism. And remember how Mackey stuck his neck out and took on the Obama Administration’s health care plan with his controversial Wall Street Journal op-ed, The Whole Foods Alternative to Obamacare? Remember that?

Sadly, Mackey got a little too conscious of everyone else’s capitalism and sort of took his eye off the ball at his own company, finally having to get bailed out by Captain Capitalism himself, Jeff Bezos. Oh the irony.

At least Mackey avoided the trap that Benioff falls for in his op-ed. After demonstrating how individuals like him and corporations like Salesforce can do good on their own and explaining how screwed up Washington is, he turns around and argues for wealth redistribution in the form of big government regulations, legislation and tax on the wealthy.

Does Benioff really think we’re that stupid – that nobody would notice his little bait and switch there?

Don’t get me wrong. We can all do better. And we should. But no system is perfect. And if you think for a minute that Washington can do a better job of “unleashing prosperity” and destroying poverty than the private sector has and continues to do on its own, then you missed this part of Benioff’s piece:

“In fact, with political dysfunction in Washington, D.C., Americans overwhelmingly say C.E.O.s should take the lead on economic and social challenges, and employees, investors and customers increasingly seek out companies that share their values.”