Posted by Steve Tobak on November 13, 2019 in No Comments 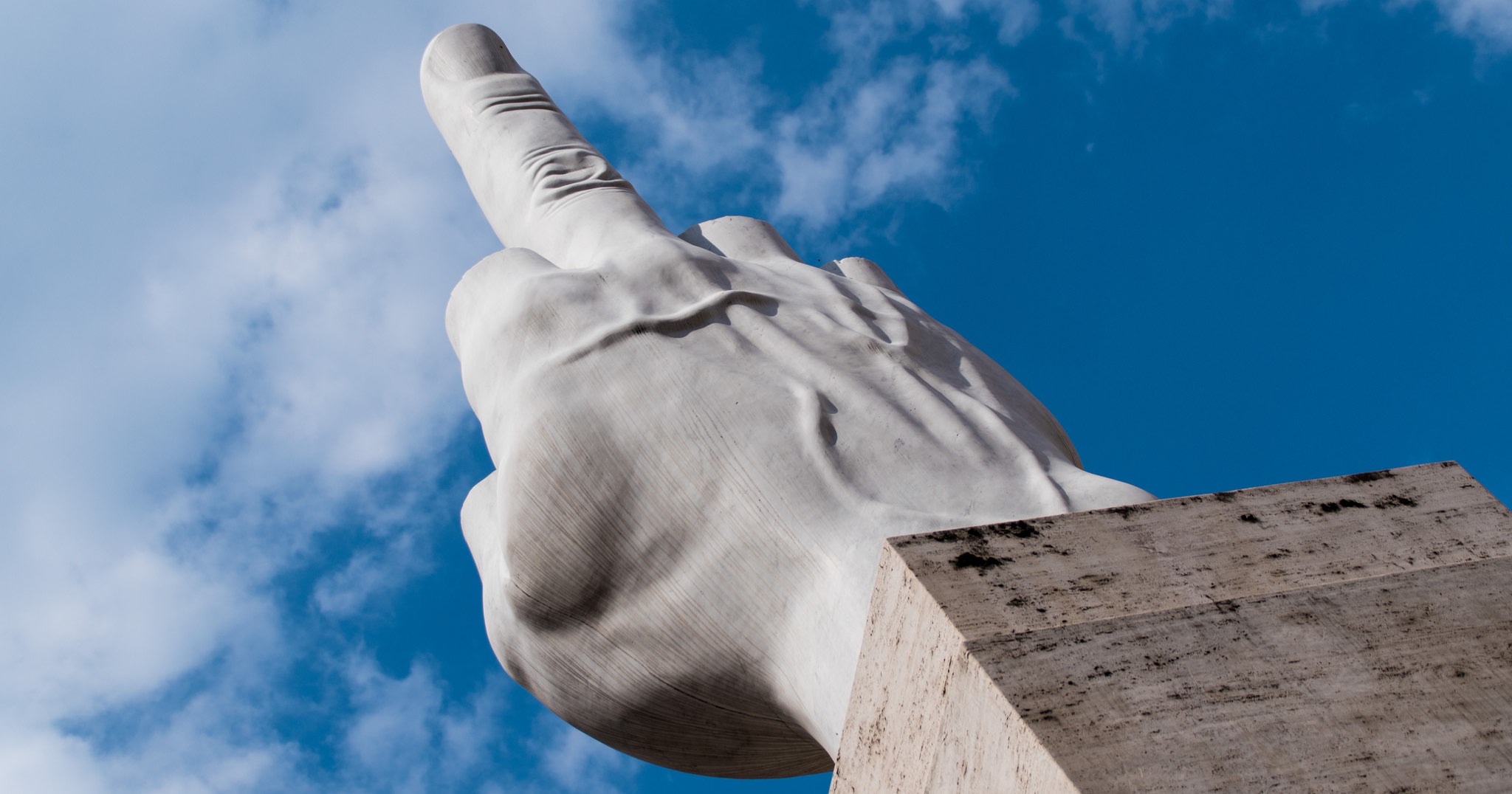 The wife is getting sick of my snark. And who can blame her? Just like me, snarkasm doesn’t age well. It sort of gets on your nerves after a while. And thirty years is a pretty long while.

But I ask you, how can anything that feels so right be so wrong?

I mean, it feels good to be sarcastic. Almost as good as being ironic. Sardonic. Satiric. All of which mean more or less the same thing, mind you. Go figure.

Satire also makes a terrific coping or defense mechanism to hide behind. Maybe the best ever. You might want to check with a shrink on that claim but I bet it’s right up there with guilt and denial.

For weird people like me who don’t easily express our emotions like normal folks, it’s a simple equation: If it feels uncomfortable, just snark it.

The problem, as I’ve come to learn tragically late in life, is that snarkasm is not exactly perceived by all as good behavior. Some see it as inconsiderate. Selfish. Unattractive. Which is not exactly conducive to a long-term relationship with someone who takes everything you say and do way too seriously. Wait, did I just say that out loud? Yikes.

What can I say? I grew up this way. On the streets of Brooklyn, everyone was a comedian. An amateur cynic. We were all misanthropes. And we reveled in our misanthropic behavior.

Funny thing is, I’ve had lots of friends over the decades since and, you know what? They were mostly pretty snarky too. Birds of a feather, I suppose. Unfortunately, not everyone appreciates our snarkasm.

Anyhow, since my snarky behavior has been continuously reinforced over the years, guess I never really grew out of it. Imagine that.

Don’t get me wrong. I’m not the least bit apologetic about my sarcastic style. I still revel in it, like back in the day. Then again, the wife doesn’t read my blog or do anything on social media, so there is that.

Would I be so brazen if she did? Probably not. I’m a firm believer in avoiding the dreaded divide-by-two. Word to the wise: The easiest way to preserve capital is to stay married.

Whatever. I say go ahead. Open up and let your inner snark soar. But if your better half finds out, don’t come crying to me. I’ve got my own butt to worry about here.

Image credit Ralf Steinberger / Flickr (Don’t ask why there is an 11-meter high marble statue flipping the bird outside the Milan stock exchange.)