Posted by Steve Tobak on December 26, 2019 in No Comments 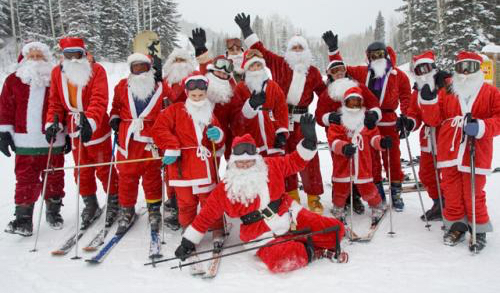 I trust you all enjoyed your Christmas festivities without skewering any of your more annoying relatives with a dinner fork. Take it from me, it’s way harder than you’d think to kill someone with an ordinary eating utensil — unless of course you’re John Wick.

Nothing groundbreaking on my end — just thought y’all might enjoy a break from all the family feuds, tedious gossip and political banter.

What have I been up to? Mostly shouting “Merry Christmas” at random strangers to see how uncomfortable I can make all the crazy California progressives around here.

ICYMI, the once-benign holiday greeting is now considered a “GOP talking point” by some left-leaning loons.

Supreme Court Justice Neil Gorsuch just appeared on Fox and Friends this morning, making a point to parrot the “Merry Christmas” talking point of the GOP. If he’s willing to go on Fox and throw a shout out to Republican narratives, what ele is he willing to do? pic.twitter.com/doJ5BUEFQg

“Merry Impeachmas,” on the other hand, is considered an acceptable if not widely celebrated alternative, especially by those unbiased Washington Post reporters and CNN contributors infected with TDS.

Merry Impeachmas to CNN contributor @rachaelmbade and her colleagues at the “Democracy Dies in Darkness and Deleted Tweets” Post… pic.twitter.com/t48quS9NVB

In local news, if you have plans to grab a quick cup of java in San Francisco, better bring your own to-go mug — it looks like cafes across the city by the bay are looking to ban disposable coffee cups.

I guess hordes of homeless drug addicts living, shitting and shooting up on the street are all peachy keen with San Francisco elites, but don’t even think about using a paper cup or a plastic straw; you wouldn’t want to harm the environment.

That’s all for now, folks. Stay tuned for our eighth annual Worst CEOs list, coming next week or as soon as Santa gets over his hangover. I can’t very well do it without the fat man’s naughty/nice list, now can I?