Posted by Steve Tobak on January 6, 2020 in No Comments 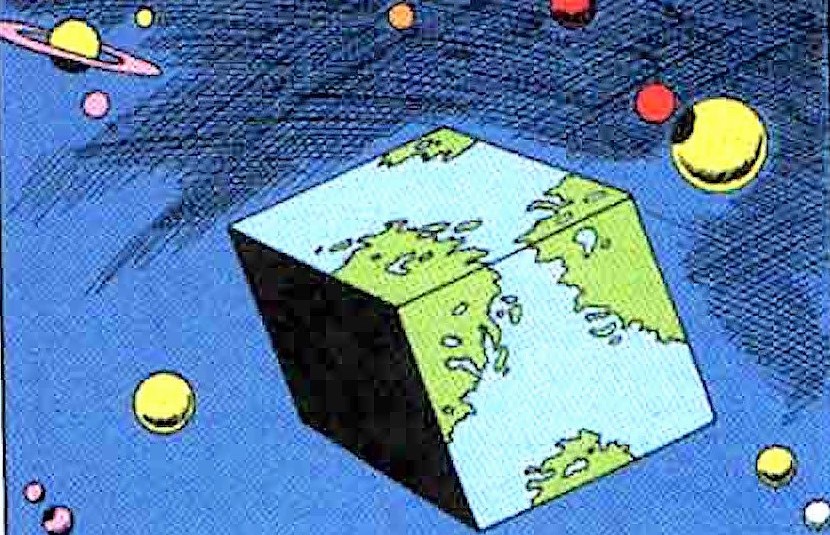 I’m beginning to wonder if I went to bed in 2019 and woke up in a bizarro 2020 world where everything is reversed.

I’m not sure if it’s utopian thinking, fake news, poor judgement, guilt or grossly misplaced compassion that makes some people put the lives of terrorists and the rights of criminals ahead of those of law-abiding American citizens. Probably all of the above.

Regardless, victimizing the guilty and vilifying the innocent isn’t just as illogical and idiotic as it sounds – it’s dangerous. So is calling Americans oppressed victims of a terrorist regime to a real terrorist regime that would wipe every American off the face of the Earth in a heartbeat if it could.

ICYMI, here are some of the reactions to the Trump administration taking out Iranian general Soleimani following an Iran-sponsored attack against the U.S. embassy in Baghdad and sabotage of oil tankers in the Persian Gulf:

Dear #Iran, The USA has disrespected your country, your flag, your people. 52% of us humbly apologize. We want peace with your nation. We are being held hostage by a terrorist regime. We do not know how to escape. Please do not kill us. #Soleimani pic.twitter.com/YE54CqGCdr

There is nothing new about American terrorist attacks against Black and Brown people for the expansion of American imperialism.

Does anyone know what century Kaepernick thinks he’s living in?

We are outraged the president would assassinate a foreign official, possibly setting off another war without Congressional authorization and has zero plan to deal with the consequences. https://t.co/GzfdKilV4t

Don’t even get me started on inmate early release programs and major U.S. cities like New York, San Francisco and L.A. announcing that they will not prosecute what progressives are fond of calling nonviolent crimes while enabling hordes of drug addicts and mentally ill homeless people to live, shoot up and defecate on the street.

Don’t get me wrong. I’m not saying that our criminal justice system is perfect or Washington is sacrosanct. Our political leaders don’t always think things through and consider the consequences of their actions before taking them. And they often overreact and rush to judgement while parroting partisan talking points.

That said, what do we expect of our leaders when we the people behave exactly the same way? Asked another way, are politicians truly leaders or reflections of their constituents? I would argue that they’re both, to varying degrees.

I know that sounds like a chicken and egg scenario and in some ways it is. But the only way to break out of that sort of dilemma is the same way we got into it: by behaving differently, one individual at a time.

After all, 2020 is an election year. I can think of no better time for voters to screw their heads on straight and make critical decisions based on facts, experience and logic, not the bizarro rants of some Hollywood elite or sports figure they happen to follow on Twitter. And yes, the same can be said of some of President Trump’s rants, as well.