Posted by Steve Tobak on January 7, 2020 in No Comments 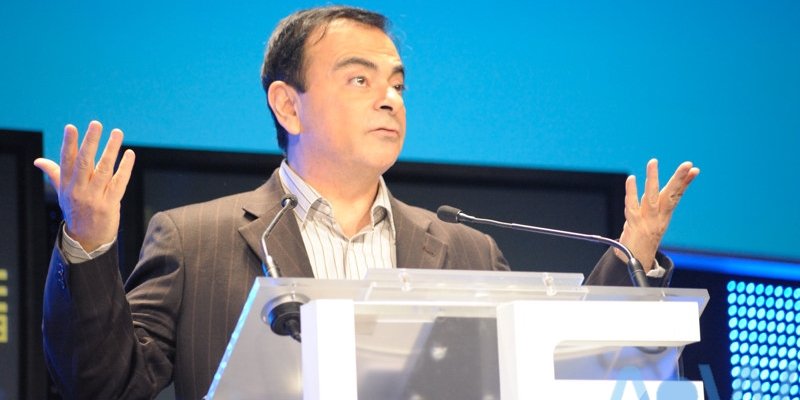 Face it, there’s no escaping the realization that you were completely full of shit when you said, “I’m ready to get back to work.”

Maybe you were ready to get back home or to have the house back to yourself. That I believe. But back to work? I don’t think so.

That’s just something we tell ourselves to ease the crushing despair of the inevitable – that we can’t just sleep in, do brunch and party all night without a care in the world until the end of time or our bodies give out, whichever comes first.

When you’re in vacation heaven, that first step back down to Earth is a rough one.

There is one guy, however, who doesn’t have to go back to work, and I bet he’s celebrating big-time.

ICYMI, former auto industry superstar Carlos Ghosn made a daring escape from house arrest in Japan – where he faced almost certain imprisonment for a very long time – and somehow ended up free as a bird in his native Lebanon by way of Istanbul.

And the Japanese authorities are all losing their shit trying to figure out how the hell Ghosn managed to pull off his great escape on December 30th.

I’ve often wondered why more indicted rich people don’t skip bail and head to some obscure country that has no extradition treaty with the U.S. I’m sure it’s doable if you’ve got a couple million bucks to blow. Sure it sucks to live on the run, but it’s got to be better than prison. Especially if you’re going down for good and you’re innocent, which appears to be the case here.

Even on the run, Ghosn plans to wage a PR war against his former company, Nissan, and Japan’s “rigged” justice system, which he claims conspired to take him down to stop him from merging the Japanese automaker into France’s Renault. Before the ouster, Ghosn ran both companies and a successful alliance between the two for nearly two decades.

What went wrong? The high-powered executive forgot the golden rule of power: Keep your friends close and your enemies closer because it’s not always easy to tell them apart. While Ghosn flew around the world doing business from thirty thousand feet, one trusted lieutenant and another faithful insider turned against him. That led to a palace coupe, his ouster, an arrest for “financial misconduct,” yada yada.

You can read all about it, including what he’ll probably say at tomorrow’s news conference, here, and my take on the downfall of one of the most powerful men in the automotive industry here. Fascinating stuff.

P.S. Here’s a link to today’s CNBC interview with Ghosn. Below is a video of today’s news conference where Ghosn tells his side of the story. Both are quite credible in my view: