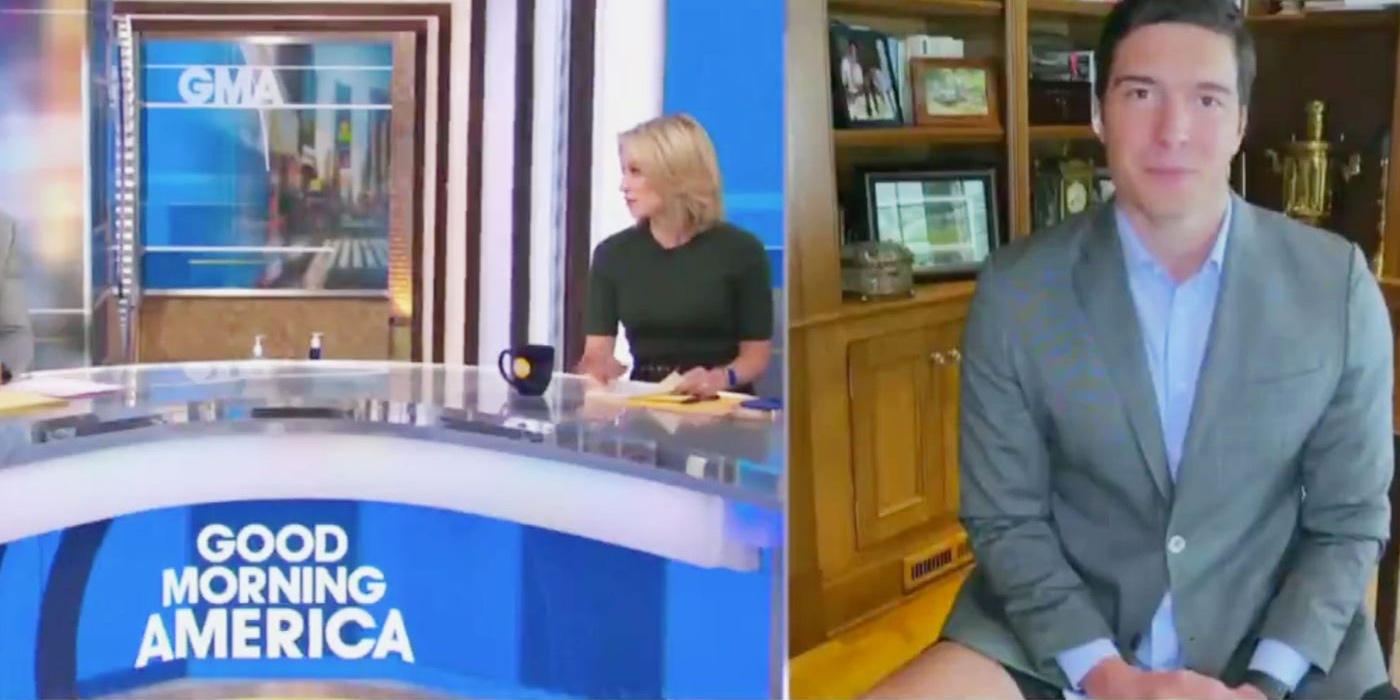 On a recent Fox Business interview, Coronavirus response team coordinator Dr. Deborah Birx told the American people to “know where your hands are at all times.”

That is good advice … for Joe Biden.

Or maybe she meant to say, “know where your pants are at all times.”

Strangely enough, that advice would not have been for Joe Biden, but for ABC reporter Will Reeve.

Reeve was literally caught with his pants down on a Good Morning America segment when a wide shot revealed a lot more thigh than we’re used to seeing from a guy on national television.

Apparently — and it gives me no pleasure to say this — men are having video conference meetings in shirts, jackets, even ties, and not much else.

What is wrong with these people?

I can see if it’s a major heat wave in the dead of summer and you’re literally melting from the heat. But we’re not even halfway through spring. Don’t you think you’re jumping the gun a bit?

Besides, I wouldn’t feel comfortable having a business meeting in my underwear, even if nobody could see it. It would just feel, well, creepy.

Even in those sweltering Dallas summers back in the day when the engineers came to work in their shorts, I just couldn’t do it. I’m a t-shirt, jeans and sneakers guy. Shorts are where I draw the line.

On the other hand, this Dallas bar, I forget what it was called, used to have Sunday beach nights in the summer — just show up in your swimsuits and what have you straight from the pool and party down.

Which we did. And it was epic.

Bottom line, I say shorts are for fun, not for office work. Unless you’re an engineer who walks on water — as so many do these days — in which case you can wear or not wear pretty much anything you damn well please.