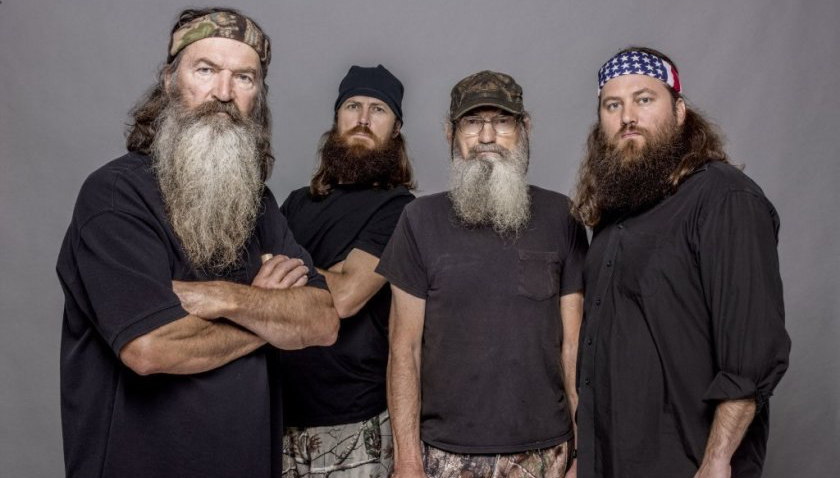 In light of recent events and how one cowardly CEO and politician after another is kowtowing to the social justice mob, I thought it’d be cool to go back to a column I wrote seven years ago to see how identity politics and cancel culture got started and why such bullying tactics continue to thrive.

The Truth About the Duck Dynasty Controversy

It’s like a rerun of a bad show we keep seeing over and over:

Here we go again. Phil Robertson, outspoken patriarch of the hit A&E show Duck Dynasty, expressed his old school fire and brimstone biblical views on gays, sin, and morality in a GQ interview. A gay rights group issued a statement condemning the remarks and asking A&E and its sponsors to “reexamine their ties” to Robertson.

A&E immediately distanced itself from Robertson’s remarks and suspended the reality star indefinitely. The Duck Commander clan issued a statement saying they “cannot imagine the show going forward without our patriarch at the helm,” and here we are, waiting for the next shoe to drop while the media has a field day.

Mel Gibson, Juan Williams, Charlie Sheen, Paula Dean, Alec Baldwin: the names change but everything else stays pretty much the same. It’s clearly a recurring theme, so what’s it all about? I mean really. What’s this really all about?

It certainly isn’t about business. If it is, then, at least in the case of Duck Dynasty and A&E, these are some of the most incompetent executives making some of the dumbest business decisions I’ve ever seen.

Make no mistake: from a business perspective, the Robertson clan and A&E are in this together. I don’t know what their contracts read, but I’m sure they’re sharing the Duck Dynasty franchise’s enormous advertising, licensing, and merchandising revenue. If the show ends, both entities are out hundreds of millions of dollars, as are A&E’s co-owners Hearst Corporation and Disney-ABC Television Group.

It certainly isn’t about A&E’s brand, as many seem to think. If Phil Robertson’s views conflict with A&E’s brand identity now, then they always did. He’s been reciting the same rhetoric for years. It’s always been the responsibility of A&E’s executives and PR people to keep the goose that lays the golden eggs from shooting the franchise in the foot.

It’s like that old line from Casablanca, “I’m shocked, shocked to learn that gambling’s going on here.”

The problem is not Phil Robertson’s lack of PR savvy, either. I’ve been hearing a lot of talk lately about how he isn’t media trained or an eloquent speaker. He’s just a redneck telling it like it is. I couldn’t disagree more. Don’t be fooled by his clothes and directness. The guy has a master’s degree in education. He’s using this platform to spread the gospel. He knows exactly what he’s doing and he’s doing it extremely well.

No, this isn’t about business, branding, PR, media training, or education.

If you think this is all about the growing chasm between political correctness and free speech in America, you’re definitely on the right track. But there’s more to it than that. Much more. There’s actually one single, simple mechanism at work here. Just one. And it’s affecting far more than a few entertainers.

This is what’s really going on here:

Minority and special interest groups have learned how to effectively threaten, bully, lobby, and extort corporations, small businesses, educational institutions, government entities, and non-profits. And they get away with it because incompetent, weak-minded, self-interested executives and business leaders let them.

I know some will blame it all on the lawyers and the court system. There’s certainly some truth to that; many activist groups are indeed run by attorneys. And while many cases do involve litigation, in this case, it’s more about executives and leaders wanting to appear to do the politically correct thing and cover their behinds while throwing their stakeholders under the bus.

More and more, anyone with anything to protect who happens to say or do something outside the ever-shrinking norms of a society whose skin is growing thinner by the minute – is subject to threats and extortion by a growing number of powerful minority and special interest groups.

America was founded as a nation where people could be free to practice religion, speak their minds, and pursue happiness without fear of persecution or anything more than an honest debate or argument. That’s no longer the case.

Granted, Phil Robertson is an entertainer. He’s in the public eye. But remember that just a few years ago he was nothing but an obscure founder of a family business that made duck calls.

The line between obscurity or privacy and the public domain is becoming more and more blurred all the time. We don’t just have the NSA, the IRS, and a growing public network of video cameras to thank for that. We have the internet, social media, smartphones, smart watches, Google Glass, and thousands of 24×7 news outlets with millions of scandal-hungry eyeballs to satisfy.

And all that information is searchable by anyone.

The Duck Dynasty controversy is the result of the growing power of self-serving minority and special-interest activists that ruthlessly bully and extort those who say or do something they don’t agree with. They become more powerful and emboldened every time their efforts pay off. The way to stop them is to never give in to their threats and demands. Never.

You may not agree with the Duck Dynasty folks, but that’s not the point. The point is you could be next.

This post originally appeared as a column on FOXBusiness.com.