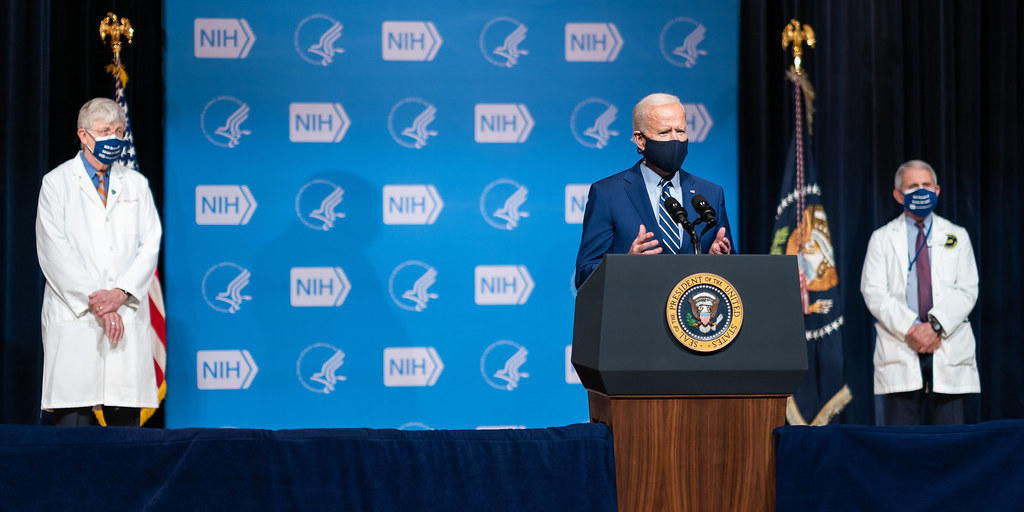 “The threat of bringing masks back is not a decision based on science, but a decision conjured up by liberal government officials who want to continue to live in a perpetual pandemic state.”

With death and hospitalization rates at record lows since the start of the pandemic, the threat of having no logical reason for keeping people locked down, masked up and living in fear looms large over the left.

Enter the CDC, reversing course yet again and recommending that everyone, including the vaxed, mask up indoors. That includes schools and all children over two years old.

But wait, there’s more. As if the new rules, which raise questions about the efficacy of the vaccines, aren’t confusing enough, they only apply to counties with “substantial” or “high” transmission rates or about 60% of the nation.

So what’s the reasoning behind this latest about face? Even though the vaccine continues to be remarkably effective against the dreaded delta variant — just 0.0037% of vaxed people end up in the hospital or dead, according to CDC data — apparently those rare breakthrough cases can carry the same viral load, making the virus transmissible.

The question is, transmissible to whom? If it’s to other vaccinated people, they’re about as close to bullet proof as you can get. If it’s to unvaccinated people, that’s their choice. They’re probably going to get it sooner or later and, if they survive, they will have antibodies and contribute to herd immunity. If it’s to children under 12 who can’t yet be vaxed, Covid is about as deadly as the flu.

Bottom line, this change in mask guidance will likely have a nominal effect on hospitalization and death rates.

According to Dr. Amesh Adalja, senior scholar for Johns Hopkins Center for Health Security, vaxed people should only wear a mask if they’re immunocompromised and in a high transmission area.

In other words, for nearly everyone who is vaxed, masking is a distinction without a difference. The outcome will likely be the same whether you mask or not. Which led House minority leader Kevin McCarthy to tweet this:

Make no mistake—The threat of bringing masks back is not a decision based on science, but a decision conjured up by liberal government officials who want to continue to live in a perpetual pandemic state.

And that brings us to an intriguing question: Why the change in guidance if it will have virtually no effect on hospitalization and death rates? Why add to the confusion, make it even harder to convince skeptics to get stabbed and piss off 160 million people who thought they were in the clear?

That’s a tougher question than you’d think. This kind of gross overreaction isn’t limited to the U.S. Australia has virtually no covid deaths and is still mostly on lockdown. Japan isn’t letting anyone attend the olympics, while unmasked crowds attend baseball games all over the U.S. with no problem.

Most people I talk to think our political and health leaders are either stupid and don’t understand basic science and logic, or that they want endless control and power over our lives. I mean, why talk about zero death rates when you can talk about high transmission rates? Where’s the fun in that? Where’s the fear in that?

Seems to me to be a classic case of confirmation bias and groupthink, conditions for which politicians, academics and bureaucrats in general are particularly susceptible. Also society has become so terrified of the Twitter mob that nobody in power is willing to risk getting booted, getting sued or even worse, getting canceled. Better just make all the little lemmings lock down and mask up. I mean, why not? It’s no skin off their backs.

Meanwhile the most powerful teacher’s union is now saying no promises but they’ll “try” to get our kids back to school in the fall. Any excuse for the teachers to stay home, never mind that they’re destroying a generation of kids and our nation’s future.

Don’t even get me started on the coming flood of mask mandates for workers.

What do you guys think? Why are the powers that be doing this to us and, more important, why are we letting them do it? I mean, how in the world did we ever let these bozos have this kind of power to tell us what we can and can’t do and what we have to wear when we do it?

Remember flatten the curve? Those mandates and lockdowns were only supposed to last a few weeks. That was a year and a half ago.

Some of us — a lot of us — are pushing back hard against the tyranny of bureaucratic oppression. I’m one of them. Will you join me and your fellow freedom fighters? What’s it gonna be guys, are you going to mask up or fight back?