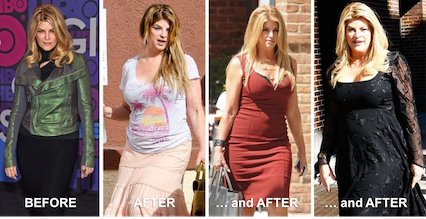 Long ago, I had an old and very overweight friend who went on a crash diet and lost a ton of weight. I think he used Weight Watchers. What drove him was a single goal: He was lonely and wanted, well, you know. The thing is, women did not suddenly flock to him. Actually, nothing changed. Deflated and depressed, he gained all the weight back and then some.

That story highlights a big problem with diets in particular and personal goals in general: They invoke the wrong part of your brain. Goals are governed by your thinking brain or cortex. It may make sense to strive to accomplish x, y or z, but that doesn’t change what drives your behavior, which is your feeling brain or limbic system.

The cortex and limbic system are supposed to work hand-in-hand, but that’s not always the case. We’re not always as aware of what’s going on beneath the surface as our conscious minds would have us think.

Many of us don’t have a clue about what actually motivates us. We come up with the right goals for the wrong reasons, or vise versa. And even if we achieve what we set out to do, it fails to satisfy for any number of reasons. When that happens, we either revert to old behavior or end up less happy than we were to begin with. Minds are funny that way.

I wish I could tell you that there’s a simple way to go about changing, but there isn’t. You have to connect with your underlying feelings – what’s really bugging or driving you – not logically, but at an emotional level. That’s harder to do for some people than others. The irony is, chronic behavioral issues are often caused by a lack of emotional awareness. And left unchecked, they do tend to spiral.

Perhaps the fastest growing segment of the self-help genre is financial or performance gurus who tell you how to make money and achieve your life’s dreams. The problem is, those who go for that nonsense probably failed to make something of themselves to begin with through a career, starting a real business, whatever.

The reason for that can be circumstantial, but often there’s an underlying cause. Those people may want to get rich. They may want things they can’t have. They may want to be like people they read about and see on TV. But no book or seminar will change their underlying issues or behavior because they don’t understand it themselves.

Goals won’t do it. Habits won’t do it either. They have to come to terms with themselves at an emotional level. Some of us need a good shrink to help us do that — to help us become consciously aware of what we’re feeling. Sometimes we have to bottom out to actually seek help. And while effective therapy can take years and years, it’s worth it. So worth it.

If you’re chronically unhappy with yourself, your relationships, your career, your situation, that’s a sign. So is chronic anxiety. Do something about it, and sooner rather than later. When you finally do achieve a certain level of self-awareness, your goals become genuine and your behavior a way of life. It’s a wonderful thing.

Don’t get me wrong. You’ll still need focus and discipline. And not every accomplishment will be as satisfying as you imagined it might be. Life is full of all sorts of unknowns and variables. But at least you won’t keep running around in circles chasing habits and goals and wondering why nothing really changes. You’ll be moving forward.