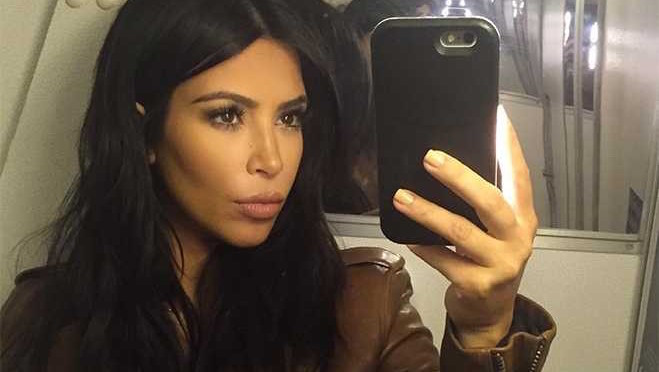 Imagine a caveman getting down on his knees on the shore of a serene lake for an afternoon drink of water, only to catch his reflection and become the first human to actually behold his own face.

Being a marginally intelligent creature, our prehistoric ancestor eventually realizes that the image mimics his own actions and concludes that it’s indeed his image, not some other hairy dude beneath the water.

In that moment, the cave dweller is mesmerized by his own features. The piercing eyes. The impressive nose. The long black rock star hair. And as he kneels there, fixated by his own reflection, a stealthy predator comes up from behind and has himself an early dinner.

So much for the virtues of vanity.

A million years later, we still haven’t learned our lesson. If anything, we’ve continued even more enthusiastically down the same path – making the same mistake over and over but in ever more creative if not foolish and self-destructive ways.

Not only have we institutionalized narcissism in the form of selfies and celebrity train wrecks, we’ve somehow managed to rationalize our desperate need for attention and ego-reinforcement as being good for business.

While personal branding and blogging can be effective marketing tools for certain individuals and businesses, no clear-thinking homo sapien could possibly view the rants and ramblings of millions of bloggers and the puffed-up personas of who knows how many virtual avatars as anything but transparent attempts to supersize our self-images.

And since there aren’t many saber-toothed tigers around to sneak up on us while we’re blogging or grooming ourselves, entrepreneurs with enormous egos manage to do quite well. There’s Oracle chairman Larry Ellison, Dallas Mavericks owner and Shark Tank investor Mark Cuban and Donald Trump, to name a few.

But make no mistake; they don’t succeed because of their giant egos. They succeed in spite of them.

While surviving long enough to propagate our DNA now has far more to do with hormones and promiscuity than survival of the fittest or intelligence, even in the modern world, narcissism rarely works in our favor. The results can be career limiting, company crushing, and sometimes, downright ugly … in politics as well as in business.

Not to drudge up images we’d all just as soon forget, but imagine the excitement of one Gennette Cordova, a 21-year-old college student, to get a tweet from a congressman she admired, Anthony Weiner. Except the link turned out to be a creepy lewd photo of the 48-year-old, who also happened to be married.

Less than a month later, the Brooklyn representative resigned from Congress, but that would not be the last sexting scandal for the aptly named Weiner.

Then there was John Edwards, the democratic presidential hopeful who spent anywhere from $400 to $1,250 on his haircuts, depending on the report. But that impeccably well-groomed image was irreparably marred by the revelation that, while he was out campaigning for president, he was also having an extramarital affair that spawned a child … while his wife was dying of breast cancer.

It’s ironic that someone so obsessed with his own image either couldn’t or didn’t want to see how incredibly messed up those optics were.

Even corporate executives can fall victim to their own vanity. It’s no coincidence that so many CEOs end up in their own corporate branding and advertising campaigns, and for no apparent reason.

While Sprint was still reeling from its botched merger with Nextel in 2008, chief executive Dan Hesse was cast in a number of nationwide TV spots promoting the carrier’s new mobile plans. Of all the things he should have been focused on at the time, starring in commercials was definitely not one of them.

Whatever the thought process behind the ad campaign, it certainly didn’t work, nor did Hesse’s turnaround attempt – the company lost nearly $20 billion during his tenure. On the other hand, Hesse did walk away with about $100 million in total comp and a $40 million exit package after Softbank bought 70% of the company and gave him the boot.

Not to mention former RadiumOne CEO Gurbaksh Chahal, whose narcissistic tendencies were on full display long before a domestic violence scandal caused him to self-destruct amidst a temper tantrum of angry blog posts and tweets that would ultimately get him fired from the company he founded.

Look at it this way. Business and political leaders have a job to do on behalf of their stakeholders. They serve their people, not the other way around. Sometimes they forget that and let their lofty positions go to their heads. But make no mistake; it’s not about them. It’s never about them. And when it becomes about them, that’s when things go south.