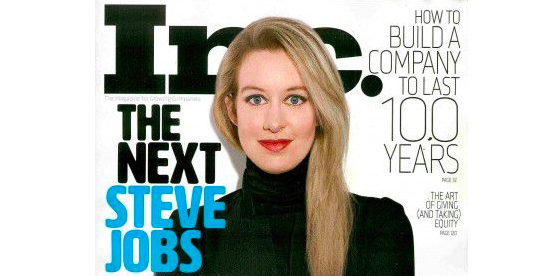 IDOLIZE verb : to worship as a god; to love or admire to excess

We have a tendency to idolize our heroes. That’s nothing new. Whether it’s politics, business, sports or entertainment, we hoist those we admire up on impossibly high pedestals, and when they fail to meet our lofty expectations, we don’t hesitate to knock them right off. And it’s a long way down.

This wasn’t a problem back in the days when stars were few and far between. But in the modern era of an insatiable 24/7 social media circus, we obsess over icons – entrepreneurial ones, in particular – at a frantic rate. And I’m not at all sure we can tell the genuine ones from the fake ones – or that we even care anymore.

While the fanatical zeal with which we build up and knock down the objects of our adulation may be a boon for the media, it doesn’t benefit the rest of us one bit. Rather, this idol-worshipping culture is teaching a generation of up-and-comers that the prize of business is fleeting fame, not long-term success.

Take Theranos CEO Elizabeth Holmes. The Silicon Valley startup emerged from a decade in stealth mode with a whopping $9 billion valuation, a monster deal with pharmacy giant Walgreens, and bold claims of a breakthrough that could deliver close to real-time diagnostics from a few drops of blood.

Never mind that Theranos’ technology had never been published in peer-reviewed biomedical journals or vetted by investors who ponied up $750 million. Holmes had a way about her, a reality distortion field not unlike that of a certain Apple co-founder, which made scrutiny seem superfluous. And she was hailed as an instant entrepreneurial icon by a gushing media.

Holmes’ stunning visage appeared on the cover of Forbes and Fortune. Inc. flat out called her “The next Steve Jobs.” The seductive story of a 19-year-old Stanford dropout with the vision and passion to change the world appeared everywhere from the New Yorker to the New York Times. She was awarded an honorary doctorate from Pepperdine and named to the Harvard Medical School Board of Fellows.

You all know what happened next. The Wall Street Journal burst Holmes’ pristine bubble with a front page expose and a series of damning reports that shredded Theranos’ veil of secrecy. Federal regulators descended on the company’s labs. Theranos was forced to void tens of thousands of blood tests. Its labs were shuddered. Holmes was banned from the business. And Walgreens terminated their deal and sued the company, as did many shareholders.

Of course, the same publications that once fawned all over Holmes and her marvelous unicorn are striking a different tone now. In op-ed for the Washington Post called “Theranos teaches Silicon Valley a hard lesson about accountability,” Yale professor Jeffrey Sonnenfeld and Stanford’s Vivek Wadhwa skewer Theranos, Holmes, the company’s board and Silicon Valley:

“Silicon Valley often thinks that it can live by a different set of rules than corporate America … Yes, we need to allow entrepreneurs to take risks and break some rules so that they can do their magic. But these rules cannot be ethical ones. The lines on ethics are usually clear as they were with Theranos and there can be no compromise.”

These noble academics then sought to impart a lesson in how to avoid this sort of thing in the future. “Question the over-hyped founders,” they write. “Theranos’s CEO notoriously chased testimonial media appearances self-aggrandizing promotional materials and strutted before cheering and unquestioning audiences of wannabe disrupters at TED-talks.”

But here’s the thing. Way back before the Journal broke the news about Theranos, among the myriad of fluff pieces was a San Jose Mercury News article, “Meet Elizabeth Holmes, Silicon Valley’s latest phenom,” which included the following:

“She may be the female Mark Zuckerberg that Silicon Valley has been waiting for,” said Vivek Wadhwa, a professor and researcher at Stanford and Duke and a lecturer on entrepreneurship. “She started when she was young, defied the odds and built a great technology, and is doing good for the world.”

Yes, that is the same Vivek Wadhwa who coauthored the Washington Post piece. Not only do we aggrandize entrepreneurs who simply look and act the part and claim moral outrage when they fail to deliver the goods, some of us even have the stones to have it both ways. Hypocrisy at its best.

The point is this. Entrepreneurs deserve credit for putting their bucks and their butts on the line, but idolizing them – even the real ones – is foolish. You can’t copy and paste what makes them unique. It simply doesn’t work that way. If you want to do great work, you have to be your own genuine self and create your own path. Real entrepreneurs don’t follow. They lead.

The world doesn’t need more of them. The world needs more of you.

A version of this post originally appeared on fortune.com.