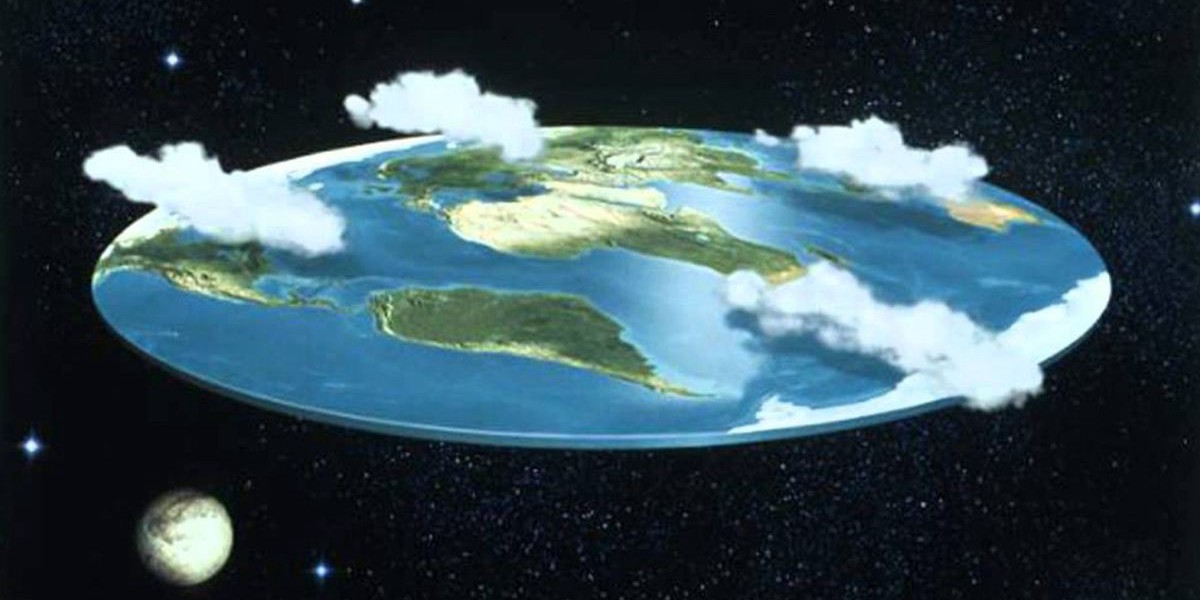 Idiocracy : A movie that was originally a comedy but became a documentary. – Urban Dictionary

In the latest sign that Mike Judge’s satire about a future world run by morons may be 500 years ahead of schedule, some very famous professional athletes have resurrected the theory that the Earth is flat, not round.

No, this is not a joke. The self-proclaimed Flat-Earthers think – if that word is even appropriate here – that there is either enough evidence to believe that our world is shaped like a pizza or not enough evidence that the Earth is a sphere or both. Regardless, they’re just not sure. Seriously.

Boston Celtics guard Kyrie Irving was the first – since the 1400s, at least – to proclaim the flat Earth theory in a podcast about a year ago and the NBA All-Star has stuck with it ever since. He apparently came to the conclusion that he’d been sold a bill of goods on the whole round Earth thing from watching Instagram videos. Oh yes he did.

Last week, New York Giants backup quarterback Geno Smith jumped on the flat Earth bandwagon with a series of tweets, saying “I been studying this whole flat Earth vs globe thing…and I think I may be with Kyrie on this…b4 you judge do some HW …” and so on.

I been studying this whole flat earth vs globe thing… and I think I may be with Kyrie on this… b4 you judge do some HW but what do you guys think?

His logic? He doesn’t trust Photoshop, wants to see cold hard video footage. Somebody really should send him a streaming feed from a satellite. On second thought, better not; I’d hate to burst his bubble — whatever shape it is.

In this day and age with photoshop and everything else you trusting a picture… any video footage?

Smith also considers the question of the world’s shape to be debatable, so we should all have open minds about alternative “truths,” I guess.

I find it funny how you all assume I believe Earth is flat lol I just think you guys should have an open mind because as we know a lot of the “truths” that we thought were true actually aren’t ??♂

Honestly, I don’t have an issue with conspiracy theorists who can’t distinguish between beliefs and scientific facts. The problem is entertainers and athletes with millions of social media followers, many of which are probably as gullible and dopey as they are.

How long before a Rasmussen poll shows that 38% of people aren’t sure the Earth is a sphere? Next stop, Idiocracy.

Related: Is This Reality or a Computer Simulation?

If these critical thinkers are going to question something, why don’t they question popular fads like the looney link between autism and vaccines, the notion that being a vegetarian or vegan is healthy or the scientific consensus on manmade climate change?

I mean, what do they have against Isaac Newton and Johannes Kepler? Sheesh.

You know how I always say, “you can’t make this stuff up?” Nuff said.

By the way, I have actually flown around the world. And yes, it is round.