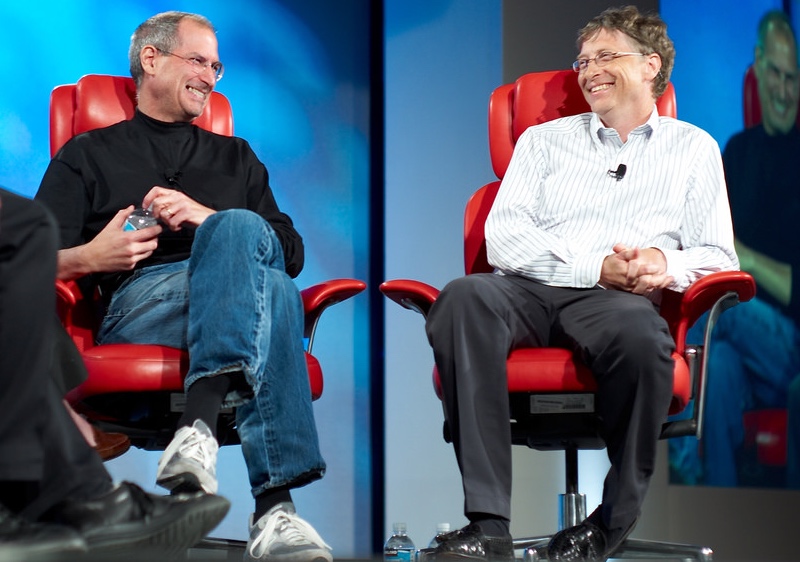 What do Jeff Bezos, Bill Gates, Andy Grove, Steve Jobs, Larry Page, and Mark Zuckerberg all have in common? Besides being some of the most successful founders and CEOs of our time, they’re all well known for being among the most difficult bosses to work for, to put it kindly.

Those particular head honchos are about as far away from today’s popular notion of what a leader is supposed to be as you can get. They’ve been variously characterized as egotistical, low-EQ, hyper-competitive, jerks and a-holes. And yet, they didn’t just build ridiculously valuable corporations, they created some of the best companies to work for on Earth.

The question is how exactly does that happen? How do “bad” leaders, for lack of a better term, create great companies?

Some might say they built great companies in spite of their issues but that doesn’t pass the smell test.

Granted, we do have more likable entrepreneurs like Richard Branson, Herb Kelleher, John Mackey, and Tony Hsieh at the opposite end of the spectrum, so clearly you don’t have to be a super jerk to found and build a super company. Still, there’s no denying the heavy concentration of great companies founded and run by unpleasant characters.

So what does that prove? It’s the exception that proves the rule, as the old saying goes.

It proves that all the popular doctrine on leadership is nonsense. Emotional intelligence, positive thinking, strengths-based leadership, likeability – none of that fluff matters. What matters is building successful businesses that have unique cultures where employees are inspired to make great products that customers love.

Take Gates for example. For the twenty-plus years he ran Microsoft you would have been hard pressed to find a more ruthless competitor or a more confrontational and petulant character. And yet he built a company that boasts 1.5 billion users, created more than 10,000 millionaires and ranks among the top companies to work for.

Gates has since dedicated his life and much of his fortune to enhance healthcare, reduce poverty and improve education by creating the world’s largest private foundation. I don’t care how you do the math, the guy has created more value – first for business stakeholders and now for the world’s sick and poor – than just about anyone.

Had Gates concerned himself with conventional leadership traits instead of focusing on building Microsoft, he would never have become the man his is. And yes, he is a great leader, but he became one through the experience of building his company and his foundation one day at a time. And he matured in the process.

The truth is, leadership is not all it’s cracked up to be. It comes in all shapes and sizes. Your particular style, motivation, strengths, weaknesses, intelligence, emotional intelligence and personality traits don’t necessarily factor into the picture exactly as you’d expect. You have to take a step back to see the big picture.

To that extent, leadership is a lot like physical appearance. People may look striking, but upon closer examination, they don’t usually have perfect noses, eyes, mouths, or bodies. But when you take a step back and look at the whole person, it’s how it all goes together that matters. Even then you don’t get to see the true beauty within.

Leaders are not born, proclaimed, or entitled. CEOs don’t just fall out of the sky into cushy corner office chairs. They are the result of an extraordinarily complex combination of factors, chains of events, circumstances, experience and decisions.

If you want to become a great leader, the best way to accomplish that is by being true to your DNA, following your passion, creating great products, hiring the best talent, and building a successful business that values its employees and customers. If you want to learn how to be a great leader, start by learning how to build a great business.