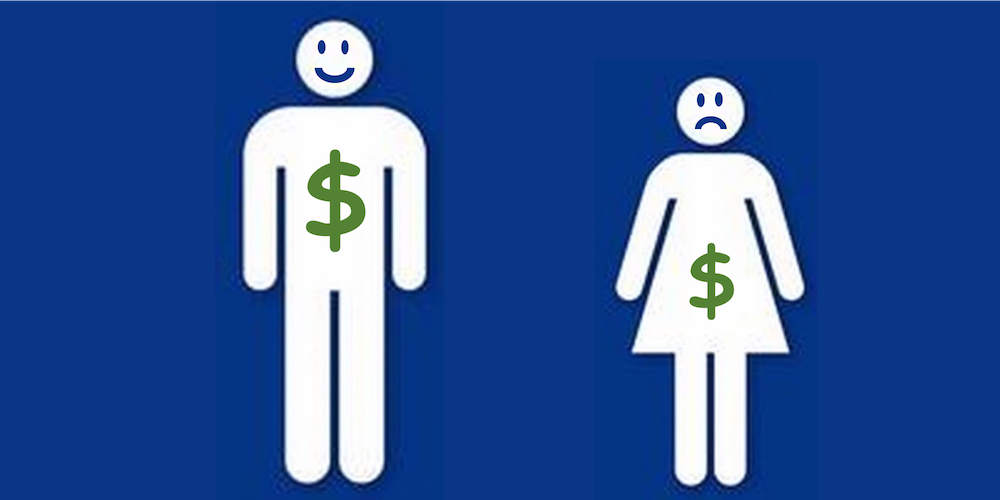 Every year around this time we’re treated to the same eyeball catching headlines about the stubborn persistence of the gender pay gap. The Obama White House had an entire website decrying how “women are still paid less than men,” 77 cents on every dollar, according to the Census Bureau.

Indeed, President Obama, like far-too-many grandstanding politicians before him, put his political clout behind the perennial Paycheck Fairness Act, legislation intended to address the age-old income disparity between men and women that everyone assumes is a result of discrimination.

There’s only one problem. It isn’t true.

If you can get past all the populist media headlines, the politicians pandering for the female vote, and the big bucks behind all the lobbyists, feminist groups, and women’s councils and just look at the facts, you’ll learn that the wage gap is not the result of discrimination.

There’s a mountain of data, research, and studies from sources like the U.S. Bureau of Labor Statistics, the U.S. Census Bureau, even a 2011 White House report prepared by the U.S. Department of Commerce for the White House Council on Women and Girls, that all say the same thing:

The gender pay gap is not a result of discrimination, coercion or anything like that. To put it simply, it’s a matter of men’s and women’s choices.

Many women sacrifice pay for all sorts of reasons including security, safety, flexibility, and fulfillment. Their priorities are vastly different than men’s. And when you account for that, when you compare apples to apples, when women actually make the same career choices as men, there is no gap. Men and women earn the same.

Moreover, treating women as victims, which they are not, instead of empowering them, which we should, does nothing but hold them back. It does not serve their interests one bit. And the legislation will likely do more harm than good, as is usually the case when government overreaches and overreacts to satisfy special interests.

To dispel this age-old myth once and for all, just take a quick look at the unbiased facts, objective data, and conclusions of the studies:

An in-depth, 93-page U.S. Department of Labor study came to the “unambiguous conclusion that the differences in the compensation of men and women are the result of a multitude of factors and that the raw wage gap should not be used as the basis to justify corrective action. Indeed, there may be nothing to correct. The differences in raw wages may be almost entirely the result of the individual choices being made by both male and female workers.”

Indeed, the primary reason for the wage disparity is that men choose higher-paying fields and occupations.

Related: The Business Case for Diversity Is Clear … as Mud

According to the White House report, “In 2009, only 7 percent of female professionals were employed in the relatively high paying computer and engineering fields, compared with 38 percent of male professionals.” Professional women, on the other hand, were far more likely to choose careers in lower paying fields such as education and health care.

Even within the same field or category, men are more likely than women to pursue areas of specialization with higher levels of stress. Within the medical field, for example, men are far more likely to become surgeons while women tend to choose lower stress and lower paying specialties like pediatrics and dentistry.

Another major factor is that many women have different priorities than men do. They often value factors like job security, workplace safety, flexible hours, and work conditions much higher than they value compensation. For example, Department of Labor surveys show that men work an average of 9% more hours than women. Demanding jobs that command higher pay naturally require longer hours.

Men are also far more likely to choose careers that involve physical labor, overnight and weekend shifts, dangerous conditions, as well as uncomfortable, isolated, outdoor, and undesirable locations. According to the Bureau of Labor Statistics, the top 10 most dangerous jobs are all male-dominated. These occupations also pay more than less dangerous and taxing careers.

All that notwithstanding, a 2010 analysis of Census Bureau data showed that young, single women who’ve never had a child actually earned 8% more than their male counterparts in most U.S. cities. The findings seem to be driven by an ongoing trend: more and more women – now more than men, in fact – are attending college and going on to relatively high-paying professional careers.

I can just walk away from the keyboard and call it a day but I won’t, and here’s why. I’m pretty sure that women still have all the babies and still do most of the child rearing and housework in America. Clearly, there are biological and societal factors that contribute to their personal career choices.

Not only that, having been a senior executive in corporate America I can tell you that far too many board rooms still resemble good old boys clubs. I’m not entirely sure who needs to do the work to change that – the women climbing the corporate ladder, the men and women in charge of hiring and promoting them or both – but one thing’s for sure; that’s not a job for Washington.