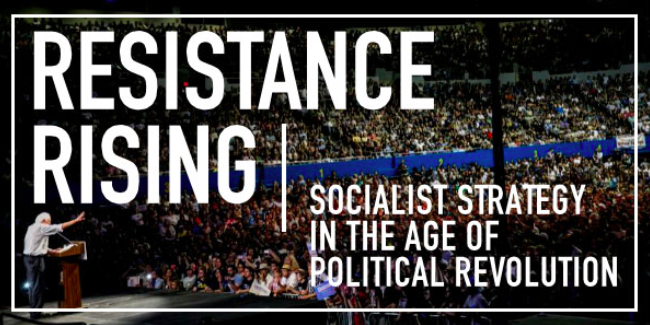 “As we are unlikely to see an immediate end to capitalism tomorrow, DSA fights for reforms today that will weaken the power of corporations and increase the power of working people.” – Democratic Socialists of America

There’s a lot of talk about overthrowing the status quo these days. The topics range from markets and economics to politics and culture. People seem to revel in the notion of disruption to the point of fetishizing it.

But if you had to choose between stability and chaos, which would you choose?

Of course the choice is academic but I’m trying to make a point.

Like it or not, the status quo is a stabilizing force that holds civilization together. And it’s more fragile than you might think. The notion of society unraveling and descending into chaos is nowhere near as romantic or far-fetched as it sounds, depending on your point of view.

The world is apparently full of disaffected people who live in a perpetual state of victimhood. I know that because I come across them every day. If I had to guess, I’d say they’re in the double digits as a percentage of the population.

Perhaps it’s always been that way except now they’re more visible via social media. And there are countless organizations, causes, hashtags and websites for them to associate with and raise awareness, earn income, get handouts, whatever.

That’s not necessarily as good or bad as it sounds, again, depending on your perspective. Many of these people are angry at the world – or some particular segment of the world – and the social media echo chamber certainly helps to fan the flames of discord.

Related: Is Social Media the Downfall of Our Culture?

All I know is they’re out there in great numbers and, well-intentioned or not, the political correctness and diversity and inclusion megatrends have coddled, supported, even normalized these folks and their disruptive causes.

In other words, there are millions and millions of people who would otherwise be alienated and isolated who are now capable of organizing into bad-asses out to change the world through some radical activist agenda.

Very few of these agenda are large and well organized / funded. The #NeverTrump resistance comes to mind, but, widespread as it is, the movement will inevitably be short-lived, since presidents are limited to one or two four-year terms.

I spent some time last week researching the Democratic Socialists of America, a fast-growing organization whose ultimate goal is to overthrow capitalism.

The success of Bernie Sanders and backlash against President Trump have created conditions for the DSA to thrive. Several congressional candidates trounced democratic incumbents in recent elections.

Never mind that America is literally built on democracy and capitalism. If you remove half that equation the nation would crumble.

Related: Are We Going to Be Civilized or Uncivilized?

The point is there have probably never been more destabilizing forces than there are today. Most only exist in the fringes because they’re poorly funded and organized, but make no mistake, they’re out there and their members believe in their causes as much as you and I believe in whatever we believe in.

Don’t get me wrong. I’m no fan of business as usual, but the status quo is a stabilizing force. If we lived in a constant state of change, society would quickly unravel. There is a point where questioning everything and challenging the rules turns toxic and upsets the whole damn apple cart for better or worse.

Keep in mind, the status quo has a place in society. There are no organizations of man – or woman – without it. That goes for everything from families and companies to cities and nations. Overthrow the status quo and all you’re left with is chaos.