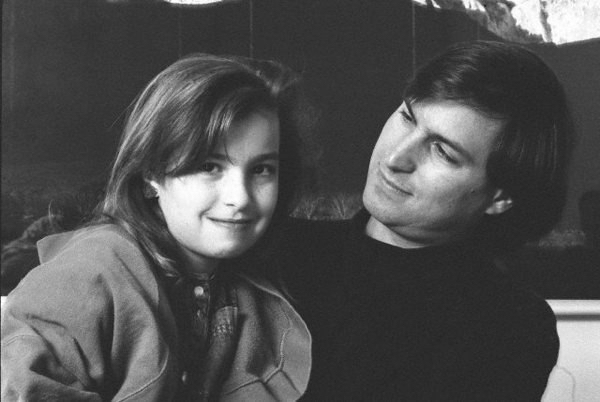 Another day, another Steve Jobs tell-all book. Cue the biting commentary, the judgmental outrage, the recriminations, the Twitter tantrums. Yawn.

Not to mention the overwrought headlines by disillusioned techies who didn’t even read the damn book, like Business Insider’s “The memoir by Steve Jobs’ daughter makes clear he was a truly rotten person whose bad behavior was repeatedly enabled by those around him.”

So what’s the big surprise takeaway here? That Jobs was sometimes a cruel a—hole. That he had some real issues when it came to the daughter he denied was his – who lived with her mom, his ex-girlfriend, on welfare while he made a fortune. Seriously? That’s news?

Cue the Casablanca scene, “I’m shocked, shocked to find that gambling is going on in here.”

The author of that fine piece of sensational journalism says it himself, “It’s no surprise that Steve Jobs was a jerk. There have been plenty of accounts over the years that have detailed his cruelty, rudeness, and miserliness to workers, business partners, and even family and friends.”

What bugs me about that BI story, besides that those guys desperately need a headline editor, is how it ends, “In the end, did his business achievements outweigh the cruelty he inflicted on others? I don’t know. I do know that we too often glorify business leaders for their achievements without taking a close look at who they are as human beings …”

While I agree that we hoist entrepreneurs, CEOs, entertainers, athletes and countless others on impossibly high pedestals these days. And when we find out they’re actually remarkably flawed humans we lose our minds. Not to mention that it’s a long way down from such lofty heights. I’ve said it a thousand times. But the rest is pure bullshit.

Jobs was a brilliant CEO who cofounded a great company and executed the most remarkable turnaround in corporate history. Today, Apple is worth $1 trillion. And there was Pixar. Everyone talks about changing the world. This guy actually did, bigtime.

He was also an awkward, abusive dickhead at times. OK, maybe a lot of the time. So what? Those are two different things. One thing has absolutely nothing to do with the other.

Don’t get me wrong. I feel for Lisa, I really do, just as I felt for myself over the way my dad sometimes treated me as a kid. But he felt badly about it and tried to make it up to me later on, as I believe Jobs did with Lisa. And I forgave my dad, as I believe Lisa forgave her father. So what? What’s  that got to do with anyone else?

You see, Jobs was Lisa’s dad, not my dad. I, like a gazillion others, am an Apple user. Maybe there’s some Apple stock somewhere in our portfolios too. But Jobs didn’t hurt me or any of those people. Those are two different things. One thing has absolutely nothing to do with the other.

Now, I happen to know a doctor who spent quite a bit of time with Jobs. All the good doctor would say about him was, “This was not a nice man” and left it at that.

On the other hand, Tim Cook, Jony Ive, Laurene Powell Jobs, Jobs’ sister Mona Simpson and his other three kids seem to have an entirely different opinion of the dude. So there is that.

That’s the funny thing about relationships. They’re pretty darned subjective. As I always say, everyone’s an a–hole some of the time. And every jerk is someone’s beloved spouse, child, sibling or friend.

You want to know what the real problem is here? Everyone is way too opinionated, way too judgmental and way too up in everyone else’s business these days. Everyone needs to get a life and quit worrying about whether a dead guy who founded the company that made a gadget they use was a royal jerk to his ex-girlfriend and the kid they had.

From what I hear Lisa Brennan-Jobs is a talented writer. I hear that her memoir, which is called Small Fry by the way, might actually be a good read. But I bet it’d be an even better read if you substitute any other name for Jobs.