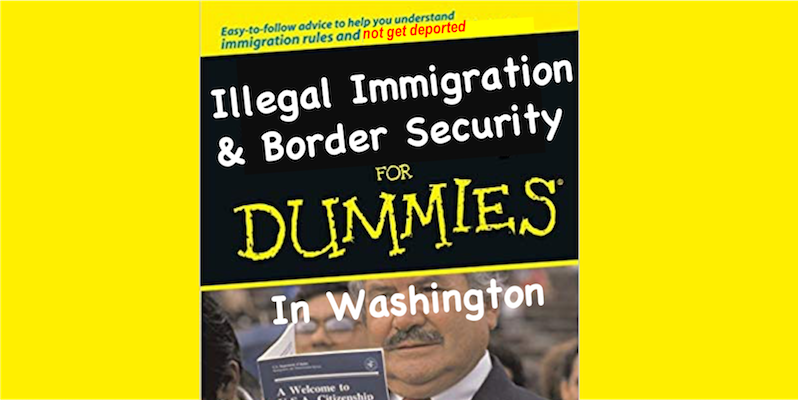 Raise your hand if you’re sick of hearing about the government shutdown, the pissing contest between Pelosi and Trump and the ludicrous debate over border security and illegal immigration.

Did you seriously just raise your hand? You know I can’t see you, right?

Never mind. The point is we’re all sick of it. I don’t know why you’re sick of it but I’m sick of it because the problem is obvious, the fix is not that complicated and Washington is gridlocked for no apparent reason. The situation could not possibly be more annoying. And yet, here we are.

Here’s my eight-point plan to fix everything, starting with a few basic facts:

3. We stop illegal border crossings by securing the border. A physical fence or wall works best, along with surveillance technology and select human physical presence. Anyone who says you only need one or the other is lying or an idiot.

4. We stop those who overstay their visas by fixing the broken immigration system. That will entail upgrading our technology and tracking violators down and throwing them out. And yes, that will probably require increased funding.

5. Abolishing ICE is dumb. Don’t do that.

6. We have millions of illegal immigrants in this country that need to be dealt with by either issuing work permits and making them legal or a one-trip ticket back where they came from, courtesy of ICE.

8. The practice of admitting international students to our best universities (with financial aid in some cases), educating them in in-demand fields, then shipping the best performers back home to compete against American companies is ludicrous. We need to stop doing that.

That’s it folks. Simple, right? So what did I miss?