Posted by Steve Tobak on February 6, 2019 in No Comments 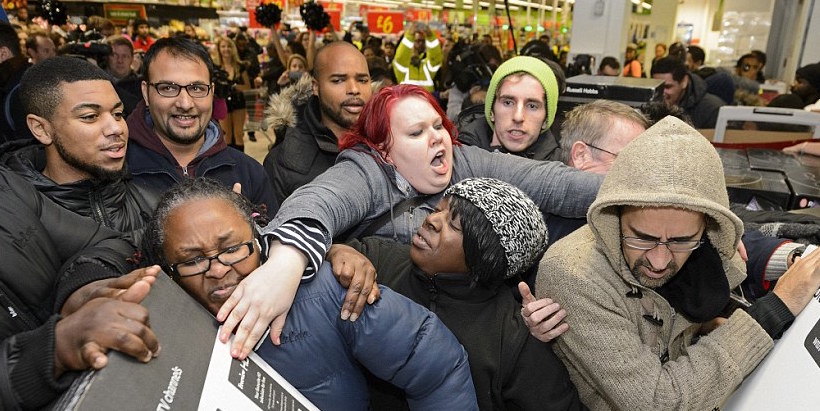 People seem to have the wrong idea about competition. Markets are not happy places where everyone with a website and a product gets rich, and workplaces are not like a Walmart Black Friday brawl where the last one standing gets the promotion.

On the contrary, markets are competitive, workplaces are not. At least that’s how you should approach them if you want to come out on top.

Let’s talk markets first. Don’t buy all the feel-good BS; competitive markets are called that for a reason. They are essentially zero-sum games. Sure, growth markets do expand, but when a customer makes a buying decision, there is usually one winner and a lot of losers. Each transaction is a zero-sum game.

That’s why material market share gains are costly — they almost always come at the expense of one or more competitors.

Take cloud infrastructure for example. Amazon Web Services (AWS) dominates with about a third of the market. Microsoft comes in second with about half of that and Google is a distant third. Alibaba, IBM, Salesforce, Oracle and a dozen or so others slug it out for the rest.

Although it’s a growing market, that growth goes to those that are better positioned relative to the pack. Trust me when I tell you that every one of those companies does its very best to beat out its competitors for every single enterprise customer. The same is true of consumer markets.

The workplace is different. Granted, you are competing for jobs, promotions and raises but the market, if you will, is not self-contained. Candidates come from outside the company and, if you’re passed over enough, you’re free to leave the company as well. The players and the playing field are constantly changing.

Also each employee has a job to do and that job usually requires being a team player to get things done. And since employee performance is based in part on your ability to work with others to accomplish things, that plays a role in whether you get those opportunities to move up and make more money or not.

In other words, you’re better off not viewing coworkers as competitors.

In my experience a lot of people are either threatened by or jealous of some of their coworkers. I can’t quantify how many employees are like that but it’s a big number. They are fools – victims of either their own emotional dysfunction or flawed reasoning. Either way their growth is limited as a result.