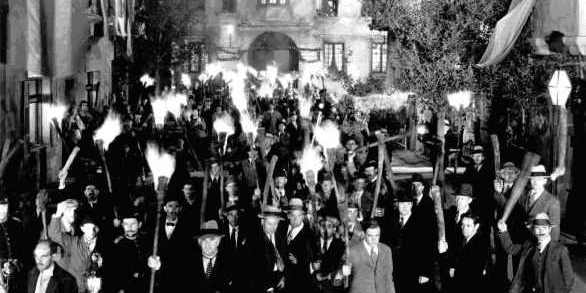 Budding author Kosoko Jackson pulled his debut young adult novel, A Place for Wolves, after a prerelease version blew up Twitter and Goodreads. Seems the social media mob had a problem with the book’s insensitive treatment of LGBTQ and Muslim characters:

From me to the Book Community: I’m Sorry. pic.twitter.com/sFXQAlQCk9

This sort of thing seems to be happening quite frequently. My research turned up several cases of young authors caving to the Twitter mob, including this one: Citing Social Media Controversy, Debut Author Delays Publication of YA Novel.

The irony is, these people are trying to write stories about marginalized groups. But cast a muslim, woman, LGBTQ or POC (that’s person or people of color, ICYMI) as a bad guy — or pretty much anything but a victim — and look out for the torches and pitchforks.

Along the way I learned about sensitivity readers – authors can pay them to read their manuscript and find incidents that may offend, hurt or trigger snowflakes and activists. Of course there’d be nothing left to publish, but that’s neither here nor there.

I also learned that, to the loony identity politics crowd, colorblind is actually tone deaf. Seriously. If you don’t discriminate then you’re not acknowledging your white privilege and the plight of marginalized POC, LGBTQ and all that. In other words, straight white Christian males should be biased, but in a good way. Uh huh.

POC, LGBTQ, women have been yearning for someone who knows what it’s like to exist in their world AND is a qualified candidate. This right here isn’t colorblind, @BernieSanders. It’s tone-deaf. It ignores & minimizes reality. It’s fine to run, but acknowledge your privilege. pic.twitter.com/pnO8JcvwJE

Turns out that Jackson has exhibited quite a bit of bullying, mob-like behavior of his own, calling out authors and other twits over the same kinds of insensitive transgressions he ended up making himself. So this is actually a case of what goes around comes around, he who lives by the sword dies by the sword, yada yada. Good for him.

Never cave to the mob or be part of a mob, for that matter. Because someday the mob will come for you. Listen up AOC.

AOC threatened moderate Dems, saying she plans to provide progressive activists with a list of Dems who work across the aisle. Speaker Pelosi also chastised moderates who voted in favor of a GOP amendment to a gun control bill.https://t.co/AA0MsBI6n6