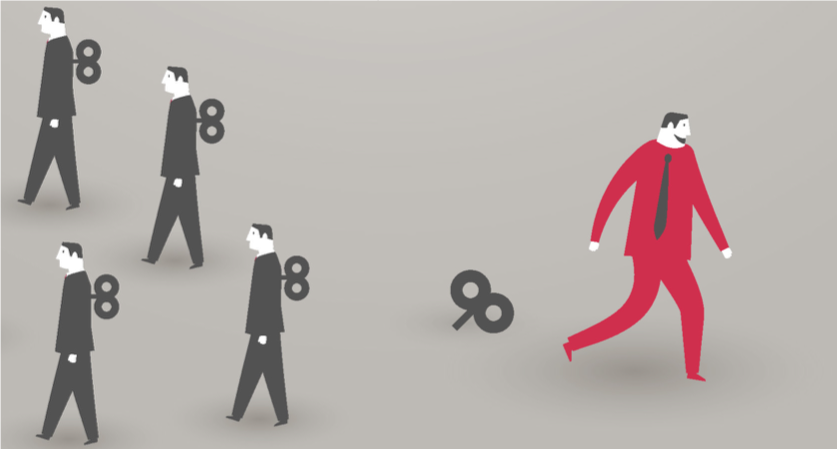 We hold these truths to be self-evident, that all men are created equal, that they are endowed by their Creator with certain unalienable Rights, that among these are Life, Liberty and the pursuit of Happiness. – U.S. Declaration of Independence

Today’s culture chronically misinterprets the meaning of ‘equality.’ In a capitalist society there is no equality – just ‘equal opportunity’ under the law. Wealth and income inequality are naturally occurring, as they should be.

Read the Declaration of Independence, the Civil Rights Act of 1964, the Equal Employment Opportunity Act of 1972 and all similar legislation and rulings and you’ll notice they all have one thing in common: They say nothing about equal outcomes. Absolutely nothing.

Rather they carefully state that all people are created equal and shall have equal opportunity under the law regardless of race, gender, religion, age, handicap or any other physical attribute – and absolutely nothing beyond that.

What does that mean? It means everything.

It means that, under the constitution and the laws of the land we all have a right to live free and equal opportunity under the law, but not equal outcomes. There are all sorts of factors that play a role in the outcome for any individual.

It does not mean we all have the same opportunities (note the absence of “under the law”) and it certainly does not mean we all deserve equal outcomes in terms of success and happiness. Heredity, smarts, health, motivation, upbringing, luck, experience, choices and of course socioeconomic conditions all play significant roles in how things turn out for any individual.

Related: Is the American Dream Dead or Alive?

What does all that mean in terms of income and wealth inequality? It means they are naturally occurring in a free-market system. And make no mistake, every career, company and industry is subject to competitive forces that impact outcomes. In any transaction there is one winner and typically many losers. And that’s as it should be.

Don’t get me wrong. I’m not saying there is no privilege for the wealthy, discrimination or cronyism. We do not live in an ideal society. There is no such thing. Nor does it mean there should be no safety net for those who can’t care for themselves. Of course there should be. And there is. And that too is imperfect.

But the notion of equal wealth is not just unattainable but undesirable. It’s a utopian, socialist construct that cannot work or exist in the real world.

And if we’re being honest with ourselves even equal pay and equal opportunity are ludicrous notions because, let’s face it, all things are never equal. After all, we are not clones but unique individuals with personalities and capabilities that set us apart.

That’s not just a result of meritocracy but the combination of meritocracy and lots of subjective human factors. Keep in mind, physical attributes like race and gender should not be among those factors. And in today’s society they’re typically not. I say typically because human bias does exist.

I guess that’s a long way of saying that free-market capitalism should have a goal of equal opportunity under the law and eliminating systemic bias – and I believe that to a great extent we have achieved that – but not a goal of equality, as defined by equal outcomes. Some may see that as Utopia but I don’t. To me, it’s dystopia. Or socialism. Same thing.