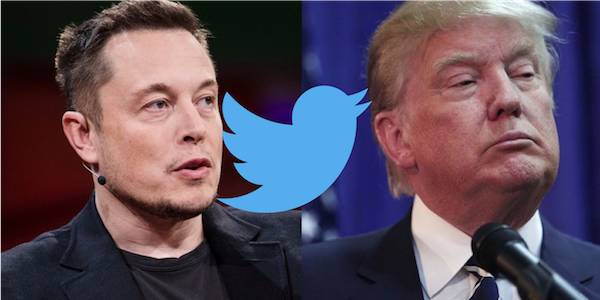 Working on Monday’s post (whether Trump’s attacks on McCain are justified or not) I got to thinking about how Trump wears his feelings on his sleeve. How he uses Twitter and the media to amplify the bully pulpit, dominate the news cycle and speak to the people 24×7. Some may say rant, but that’s neither here nor there.

Is that a good thing? I’m really not sure. I’m thinking it got him elected President, so from that perspective the answer would have to be yes. I’m also thinking he probably sleeps better at night getting all his frustrations, cringeworthy as they may be, out in the open like that instead of stewing in his emotions the way most of us do.

As a former marketing veep obsessed with communication if I had a CEO who did what Trump does, the control freak in me would have neurotic fits. I’d probably have to lock him up and gag him. Then I’d hire a body double, stick a wireless comm in his ear and tell him exactly what to say. (Not really but I would fantasize about it, that’s for sure.)

On the other hand, if the markets and the customers were OK with it, I’d probably have to get behind him, go along for the ride and see where it leads. You know who I’m thinking of, don’t you? Yup, Elon Musk and Tesla.

I’ve known a few CEOs who were sort of like that back in the day. Uncontrollable loose cannons and all. The story always went down the same way – their methods worked until they didn’t. Then they were unceremoniously shown the door, kicking and screaming the whole way. But that took boards willing to stand up to them.

The thing is, we’ve talked an awful lot about corporate governance since then, and yet it seems that boards have even less control of their CEOs than before, what with dual classes of stock, founder power and all that.

And in the age of social media, the more of a direct relationship CEOs have with their constituents, the harder it is to reign them in. That apparently goes for the SEC and other federal regulators as well.

There is one thing consistent between Trump and Musk – whether the media loves or loves to hate them, they’re an irresistible force. The media can’t resist doing their bidding and that gets the word out regardless of whose side they’re on. The same goes for the social media masses. That positive reinforcement loop is there in spades.

In other words, I think we’re going to see more of this behavior from political and business leaders over time. A lot more. God help us.