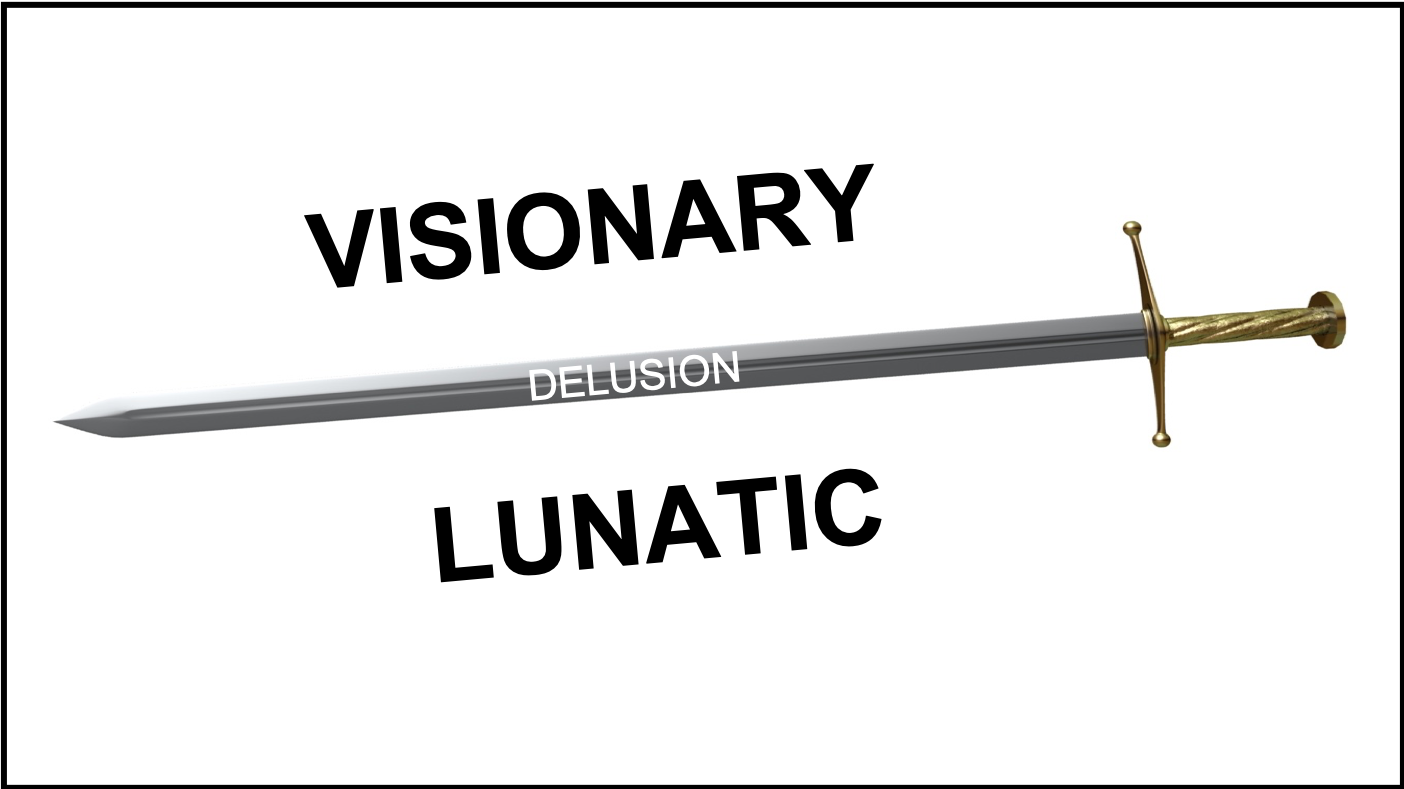 “You know that you’re over the hill, when your mind makes a promise that your body can’t fill.” – Old Folks Boogie, Little Feat

Delusion is a double-edged sword. The same mechanism that causes us to ignore cold hard reality staring us right in the face is also responsible for making high-risk decisions that may seem irrational at the time but turn out to be brilliant in retrospect.

As I always say, the only difference between a visionary and a lunatic is that the visionary turned out to be right.

We tend to call other people delusional without ever stopping to think that maybe, just maybe, that could be us. Shows just how little self-awareness most of us have. Myself included. So many examples. Let’s see …

Yesterday was my first run in more than four months. Actually it wasn’t so much a run as a cross between a jog and an Old Folks Boogie, Little Feat style.

Anyhow I got to thinking about some of the dumb stuff I’d done that contributed to last year’s foot injury/surgery.

In recent years I’d gotten in the habit of keeping my ASICS running shoes loosely tied after reading that feet swelled during running and it certainly felt more comfortable that way. Unfortunately that provided almost no support for my feet. And I often ran on uneven rocky terrain.

When I got into trail running I experimented with various shoes, none of which fit or performed quite right. And my last pair, also by ASICS, suffered from a smaller toe box that cramped my feet. Not to mention that they had no plate protection against landing hard on rocks, tree roots and whatnot.

I ran in them anyway.

The coupe de grace – you’re gonna love this – was last year when I was working on that wine ecommerce startup. After a long day, my biz partner and I got into the scotch (after all the wine) at his place. Which was fine since I’d planned to crash there anyway for an early meeting in the city.

Then I woke up. My head was pounding. Realizing I was too hungover to have a productive day I went for a run to sweat it out and clear my head, which works like a charm, incidentally. The problem was I didn’t have my ASICS, so I ran in my Vans.

I did three miles in my Vans that morning. The broken foot diagnosis came soon enough. Coincidence? What do you think?

Doing all that to my feet was definitely delusional. I should have known better. That said, ignoring stuff like chronic pain, nasty hangovers, lack of sleep, exhaustion and other self-inflicted workaholic hazards – and still managing to perform at work – have definitely contributed to a successful career. So there is that.

Delusion is a double-edged sword.