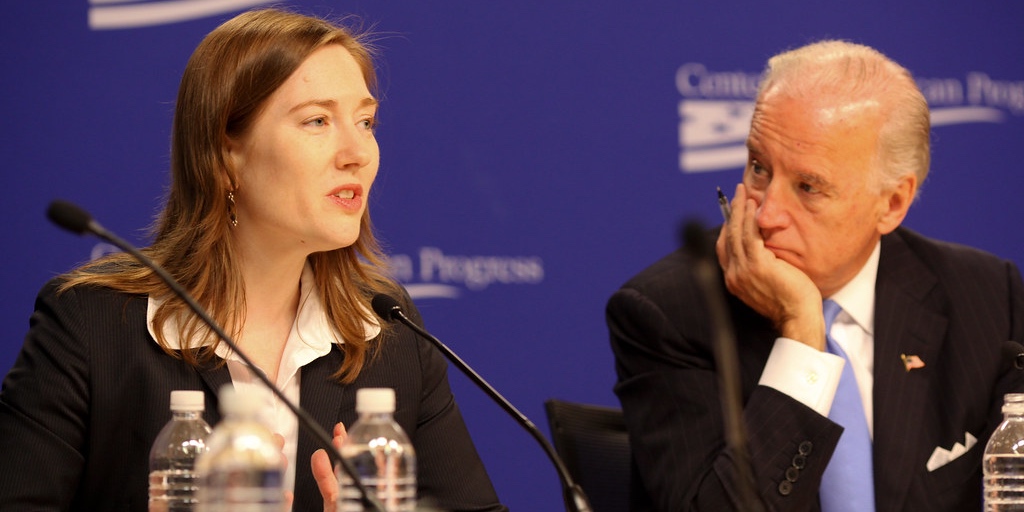 Nobody would argue that Democrats are the party of diversity and inclusion. And yet, atop a diverse field of 20+ 2020 presidential contenders is an old white guy, Joe Biden, dominating the polls at 46%.

In second with 14% is another old white dude, Bernie Sanders. Nobody else is in double digits.

You just can’t beat the irony.

Granted it’s still ridiculously early in the primary cycle but if the election were tomorrow, the Dems would have to go with Barack Obama’s former veep as the candidate with strong name recognition and the best chance of beating President Trump.

The identity politics crowd could hem and haw ‘til the donkeys come home but that’s the way it would go down since that’s what the Democratic electorate wants. It isn’t even close.

Never mind that the current ethos of the progressive faithful is that it’s a young party full of fresh faces, masculinity is toxic, and the world is already way too white to even entertain the possibility of another old white dude in the Way-too-White House.

If I were a cynical sort I might suggest that progressives are only progressive when it suits them.

That their diversity and inclusion ideals are circumstantial and the ends justify the means.

That this is a revealing tell that identity politics is really just a political tactic used to demonize the opposition, shut down debate and rally the masses.

That, when push comes to shove, they’ll abandon all that nonsense and do whatever it takes to get the Orange Beast out of the White House and to hell with the consequences.

Could I really be that cynical? I don’t know; what do you think?