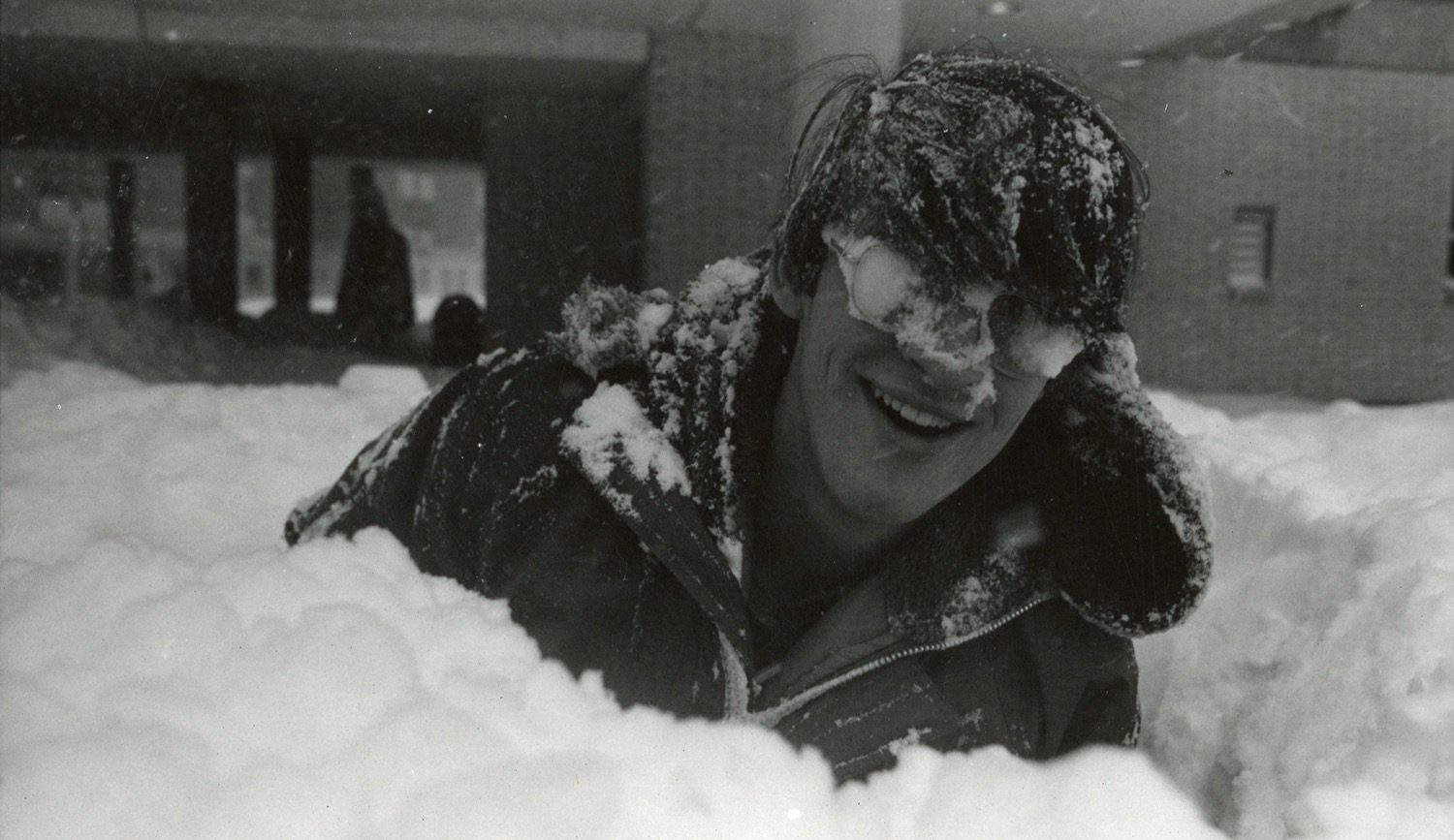 The SAT adversity score controversy reminded me of a story I’ve never told you folks – how a bizarre series of events forever altered the course of my post-collegiate career.

The winter of 1977-78 saw the Northeastern United States get pummeled by a series of historic storms. One of them, dubbed the Great Blizzard of 1978, hit Wednesday night, January 25th – which just happened to coincide with the last day of finals of my last college semester.

I remember playing outside in the snow with a girl I’d just met that night. We woke up with raging hangovers in a dorm literally buried in several feet of white stuff. The first-floor windows and doors were completely blocked. We were socked in for days, but we had plenty of music and drugs — and each other.

When the roads were finally cleared I decided to take a little trip upstate with a friend to his parent’s house in the mountains. After all, I was done with finals and had plenty of time before I had to vacate my room. That Sunday, February 5th, the second record-setting blizzard of the season hit.

Again we were stuck up there for days. This time there were no girls around so we amused ourselves with the remaining two staples of the sex and drugs and rock & roll era.

When the highways were finally cleared I had my friend take me home to Brooklyn so my folks new I was still alive. Besides a couple of very pissed off parents I was greeted that night with a letter from the good folks who administered the GREs. When I opened the letter, I nearly had a heart attack.

Let me back up a bit. I had taken the General GRE in the spring semester and done quite well. And since the plan was to get into a physics PhD program, I was scheduled for the Advanced GRE in physics during the fall semester. But a freak ice storm hit the day of the test in early December. I still remember how beautiful the frozen trees looked as I walked to the lecture hall that day.

The students all showed up, but the test administrator never made it. We were later told that we’d be notified in advance of the new test date. That notification would be the letter I was now holding in my hand. What with finals and the storms and all I’d forgotten all about it. The test had been rescheduled alright – for the following morning!

We left pronto and drove back to school but by then it was late. There was simply no time to do anything but get some Taco Bell, try to get some sleep and hope for the best. But after weeks of partying and no studying, my test score was mediocre, around the 50th percentile. And since my grades were also mediocre (that’s a whole nother story), that pretty much sunk any chance I had of getting into a PhD program.

Loyal readers will know what happened next. After getting rejected by every grad school I applied to, I moved back in with my folks and worked for minimum wage as a bank vault attendant. I felt dejected. Miserable.

But my new girlfriend – the one I’d met that fateful night – just happened to be the daughter of a chip startup CEO. He took me to work with him in his Porsche one day and showed me what a tech company was like. That was all I had to see. On his prophecy of a high-tech future I went back to school, got a Master’s Degree in electrical engineering, got a job in the emerging tech industry and the rest, as they say, is history.

Funny how random events can change your life, isn’t it? No regrets.