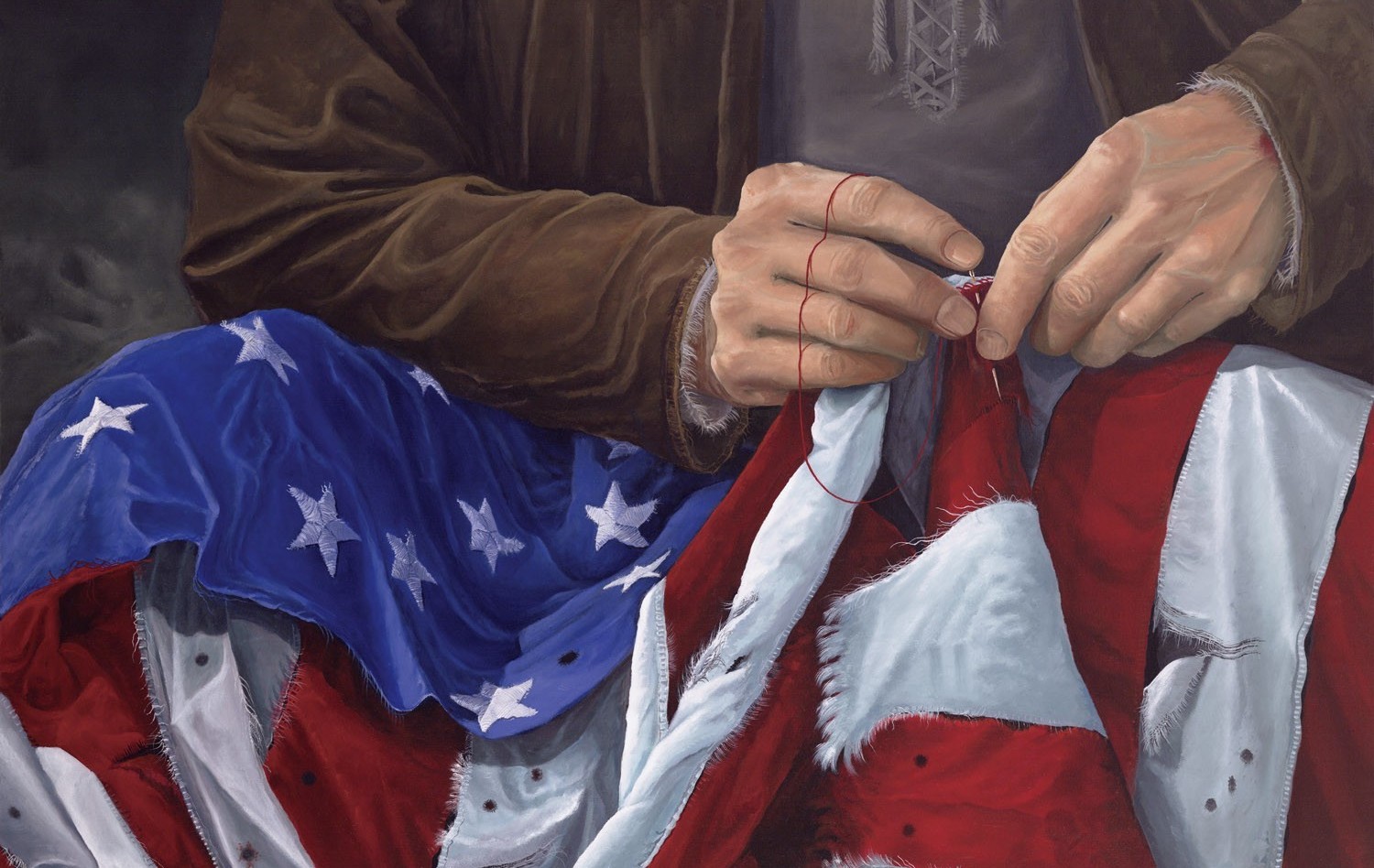 This is one of my favorite times of year. Not because summer is finally here but because this is when all the bird couples that live around here suddenly have little ones hanging around. New families of California quail, wild turkeys and ducks are all over the place.

The thing is, I always have to remind myself that a lot of the chicks or whatever they’re called will never get to grow up. The animal kingdom is a brutal place. A risky place. It’s one big food chain. That’s just the way it is.

Some places are pretty brutal for humans too, but America is not one of them. Few places in the history of the world are more suitable for life, liberty and the pursuit of happiness. That’s why our southern border has been overrun with refugees trying to get in for months.

And yet, as the Fourth of July approaches, we have the usual suspects tearing America down with the usual nonsense: AOC throwing a tantrum after a typical fact-free mission to the southern border and Colin Kaepernick whining about Nike’s Betsy Ross Flag sneakers, to name a few.

Hell, I just drove through throngs of protestors in Palo Alto. What were they protesting? Trump, what else? Also all sorts of hyperbole about conditions at the southern border. Are things really as bad as AOC claims? Doubtful. She doesn’t have a great track record when it comes to truth. In this case I’ve seen plenty of conflicting reports.

Besides, if conditions are bad on the southern border that’s not on us; our border control resources are overwhelmed. That’s on Congress, including AOC – for failing to act on the crisis when the Trump Administration blew the whistle. It’s also on the refugees for taking the risk to break our laws in the first place.

Don’t even get me started on last week’s Democratic debates. You’d think they were all talking about Venezuela, not the U.S.

Of course nearly every candidate advocates for amnesty on border crimes, i.e. open borders. We’re the bad guys trying to defend our nation. They’re the good guys trying to break in. This is me shaking my head.

The left needs to get some perspective on life in America and quit acting like chicken littles. The sky isn’t falling and we’re not living in a third world country. On the contrary, with a booming economy and record employment this is one of the most prosperous nations and times in world history.

That said, the right isn’t working hard enough to fix some of the longstanding third-rail issues it was elected to fix, like immigration reform, health care and entitlements. Granted, the #ResistTrump left isn’t helping, but I’m not big on excuses and I don’t take accountability lightly. Neither did the Founding Fathers. And neither should you.

When I celebrate Independence Day, and you know I will, big-time, I will do so with plenty of perspective. I couldn’t be more thankful for the opportunities this nation has provided me and my family. We live in a great nation. That said, it can always be better. There is great work still to do.

Mark McCormack wrote that true champions are never content with their achievements. They’re always looking to the next hurdle, the next battle. I’m no champion but I’m proud to say I’m built the same way. And I know that trait is characteristic of this great nation.

So today I’m thinking, maybe that’s what it means to be a patriotic American: To always be thankful for the freedom our forefathers fought for, and to continue to fight to make it better, regardless of the challenges that stand in our way.