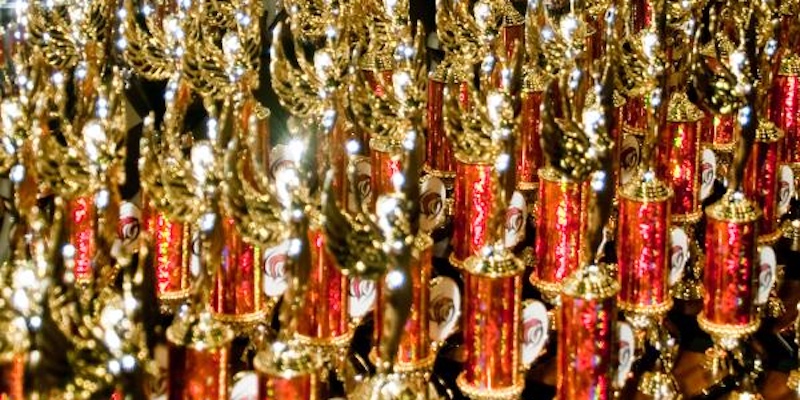 While the media narrative is focused on identity politics and socialist entitlements, nobody stops to consider how we could possibly have turned out a generation of entitled brats like AOC who don’t have a clue why socialism doesn’t work in the first place.

Never mind that kids aren’t taught civics anymore. The overriding issue is that our academic institutions are teaching mediocrity, not excellence. Maybe it’s all about identity politics or political correctness but, regardless of the cause, academia is churning out identical clones, not exceptional individuals.

That fundamental distinction has broad implications for America’s leadership and socioeconomic future.

I was just reading this piece on what makes teams resilient in Harvard Business Review (don’t ask me why)and as I’m reading I’m thinking, there go those crazy academics again, acting like they have a clue how business really works and what makes some teams successful over the long haul.

Why am I not surprised that these big thinkers completely miss the big picture.

What galvanizes teams to overcome adversity and succeed over the long haul isn’t a bunch of team-building BS but belief in a common vision, motivation to achieve a common goal, resolve to beat a common enemy and being led by a boss who makes them believe they can do great things and keeps them focused on the mission.

That phenomenon has been observed and documented so many times it isn’t funny, notably in the late great Warren Bennis’s Organizing Genius – a foundational book on what makes extraordinary teams so resilient.

And yet, what we get from a bunch of management profs is a bunch of trite nonsense about trusting each other, feeling safe, being able to improvise and knowing their roles and responsibilities. Seriously?

I mean, how least common denominator can you get? Sure, if you follow their advice you might end up with a mediocre team – a team that’s about as effective and resilient as any other mediocre team. What you won’t end up with is an exceptional team.

In contrast, my teachers and profs were all about cultivating talent. They pushed us hard because they wanted a few to rise to the challenge and achieve great things – in the classroom and beyond. That’s what builds resilience in the face of adversity. And that’s what today’s academics all get wrong.

The teams that are most successful over the long haul are those led and staffed by unique and talented individuals who were taught by those who sought excellence, not mediocrity. That’s where American exceptionalism comes from. If it isn’t taught, it isn’t learned.