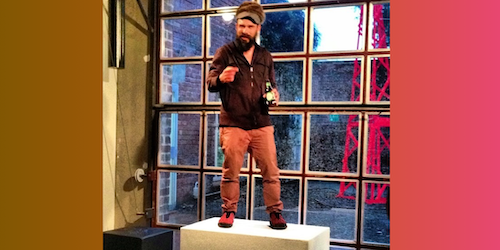 Hey kids, it’s soapbox time in Silly Valley. I feel it coming, yes I do. Maybe not an epic rant but, well, we’ll just play it one outburst at a time. Anyhow, I’m all amped up about some rampant BS that’s been driving me bananas for years.

For as far back as I can remember I’ve been railing against everybody and his brother calling himself a leader or worse, a CEO. Never mind that I’m prone to binges and blackouts and can hardly remember yesterday, let alone my days as a columnist.

Makes no difference. This is serious business, folks.

The usual bunch of Silicon Valley diversity and inclusion misfits – I mean activists – have taken to calling themselves tech leaders and CEOs. Oh yes they have. Which is akin to blasphemy for a capitalist fiend like me. Like any of those losers could ever actually run a business.

And these super-virtuous malcontents are organizing – which is all they know how to do, really – “against hate” (of course), “white supremacy” (natch) “fueled by racism and misogyny” (uh-huh), “encouraged and spread by our government leaders at the highest levels” (who didn’t see that coming?).

Instead of a piece that someone, anyone, in the tech industry might actually be interested in reading, TechCrunch’s “diversity, inclusion and social justice” reporter penned a surprisingly fact-free puff piece called “Tech leaders condemn tech’s role in elevating white supremacy.”

Curious as to who those “tech leaders” might be I checked it out. I mean, are we talking real leaders or Tony Robbins leaders?

Turns out that blaspheming “collective” of diversity and inclusion activists and consultants started a “Build Tech We Trust” initiative by publishing an open letter (these things always start and end with open letters, don’t they?) called Organizing Tech Against Hate.

The letter takes aim at all the bad white people who have “moved beyond their white robes and hoods to social media and public rallies where they radicalize and fund their growing membership” to target the perpetually marginalized victims of society, namely people of color, women and LGBTQIA+$#*! whatever.

One of the ring-leaders of this anemic campaign is none other than disgraced Kleiner Perkins VC wannabe Ellen Pao(it/that), who sued the famed venture capital firm and lost, then lasted all of eight months as interim CEO of Reddit before a user revolt forced her out.

Meanwhile Pao has finally found her home as a permanent victim activist – I mean CEO of Project Include, which presumes to preach how tech startups should behave in order to comply with the ever-more bureaucratic, fanatical and oppressive identity politics of the Valley’s diversity and inclusion lunatics.

Okay, I’m done now. Getting down from my soapbox and hopping into the hot tub with the wife and a nice light summer Bordeaux. It’s adult time. Naughty night kids.