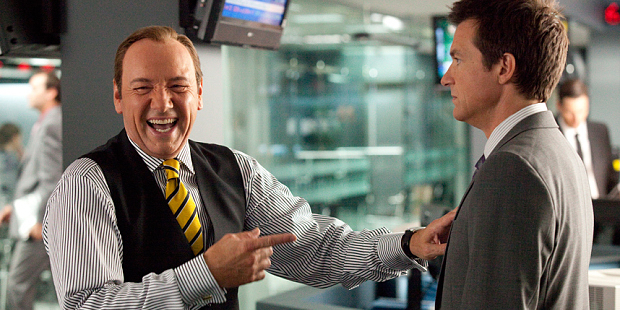 Some myths won’t die. You can try to crush them, stomp on them, exterminate them, and just when you think you’ve finally seen the last of them, they’re right back again. Know what I call stubborn myths like that? Cockroach myths. The hands-down most stubborn cockroach myth in business is the bad boss myth.

LinkedIn is promoting this ludicrous piece (naturally) by a “career HR leader” (her words, not mine) called Bad Leaders: Why Companies are Afraid to Fire Them. Here’s the premise:

“Everyone has experienced a terrible leader and every organization I’ve worked in has had at least one – you know who I’m talking about. It’s the leader who has that big personality, is often the loudest voice in the room, manages up better than anyone, communicates around and about people instead of directly to them, owns key relationships with clients and the Board and brings in a heap of revenue. These “leaders” often manage by fear. Senior executives are afraid of terminating them lest business and key employees follow in their wake. After all, how could a CEO fire someone who essentially manages such a significant portion of the company’s business? And, employees are afraid of complaining about them or quitting since their career might easily be de-railed within and outside the company.”

She goes on to cite several random comments from Glassdoor as evidence of the problem (seriously), and says CEOs “tolerate bad leaders” because they deliver business results and that’s what matters. Also they probably groomed the bad apples and change is hard. So much easier to go with the status quo and not upset the apple cart.

Lastly, she says this sort of thing can no longer be tolerated because “culture is king,” millennials won’t stand for it, and “from #metoo to #blacklivesmatter, women and people of color are rightfully demanding change.”

This is wrong on so many levels I don’t know where to start, but I’ll try.

First of all, she jumbles up so many different behavioral, personality and performance aspects in there, I can honestly say I’ve never known anyone who fit that description. I think she was just trying to get every keyword or phrase for a bad leader she could into a single paragraph.

Second, there is no such thing as an objective definition of a “bad leader.” Every organization, company and culture is unique. So is every individual and situation. One company’s outcast is another company’s savior. I’ve seen it time and again. I’ve even fired people that went on to do well elsewhere.

Third, she assumes that CEOs are afraid to fire executives for all sorts of oversimplified reasons that make no sense on their own, not least of which is that you don’t get to just dial in the perfect replacement. The calculus always comes down to a broad set of nuanced factors, including the resultant impact on the business and the culture. They make what they think is the best decision at the time. Are they always right? Of course not. Are they sometimes more or less risk-averse than they should be? Sure. But these decisions are never as black and white as she makes them sound.

Don’t even get me started on the identity politics nonsense. I’m just not in the mood for #metoo, #blacklivesmatter and all that crap today.

This is little more than stereotypical hype that feeds into yet another cultural norm – that leaders should be nice. Likeable. Moderate. Non-competitive. Non-aggressive. Toxic masculinity need not apply. By this logic Andy Grove, Bill Gates, Steve Jobs and Larry Ellison were all bad leaders. Me too. This is nothing more than a load of leadership BS from the narrow perspective of an HR consultant that plays into all the popular cultural norms of the day. And the LinkedIn sheeple just east it up. Natch.

Don’t get me wrong. There are plenty of jerks in leadership positions. Plenty of jerks that are employees too. Also husbands, wives, fathers, mothers, children … welcome to the dysfunctional petrie dish known as the human race. Before you start imposing ludicrous behavioral standards on others, better take a good look in the mirror first. Let he who is without sin throw the first stone.