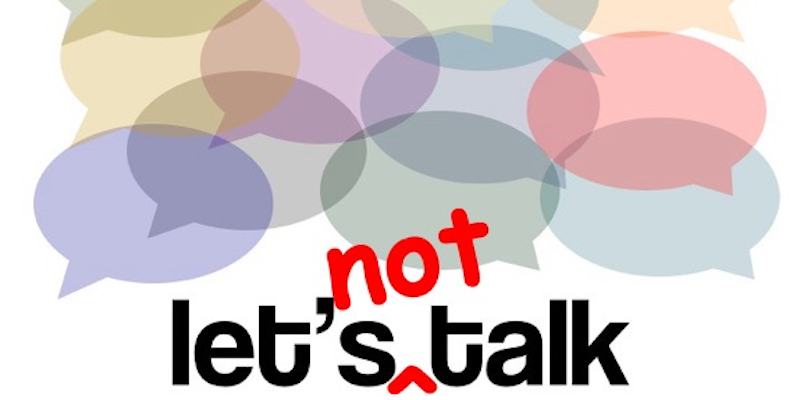 “The first rule of Fight Club is: you do not talk about Fight Club.”

With all the recession talk, lots of folks are wondering if political or media rhetoric can help bring on a recession. The short answer is yes, it can play a role in initiating or deepening a recession. And that is a very real concern as our slowing economy chugs along into an election year.

Rooting for a recession so President Trump loses in 2020 has to be the ultimate cutting off your nose to spite your face move. And yet, that appears to be an emerging tactic of the left, at least a rhetorical one. Clearly as the economy weakens, democratic hopefuls see a growing opportunity to make some headway against Trump.

The thing is, chronic talk of recession can be a catalyst, if not a self-fulfilling prophecy. I’ll explain.

Economies have their ups and downs, but what turns a slowing economy into a full-blown recession is usually some event that triggers fear among consumers, lenders and investors.

Next thing you know, consumers aren’t spending as much, banks aren’t lending as much and money flows out of higher-risk ventures and equities and into safer havens like muni bonds and cash. Voila, recession.

Past trigger events include an energy crisis, like an oil shortage; an economic bubble bursting, such as the dot-com bubble; or a crisis in one geographic region or industry becoming a contagion that ripples through the global economy, like the subprime mortgage crisis and credit default swaps that triggered the Great Recession.

In some cases, a recession could not be avoided, but in others, if not most, fear definitely played a role by triggering herd behavior and a subsequent economic spiral.

My favorite metaphor is highway traffic. Theoretically, even high-density traffic should flow at a reasonably consistent speed. The problem is when one car gets too close to another and hits the brakes, causing a chain reaction and that accordion effect we know all too well.

Economic cycles are just like highway traffic. And fear clearly plays a role.

Back to the here and now, the global economy is weak and while the U.S. economy is stronger than most, it is definitely slowing down. While near term recession fears are probably overblown – I say probably because you never know when an unexpected event will trigger that herd-like fear response – all the recession talk certainly doesn’t help.