Posted by Steve Tobak on September 16, 2019 in No Comments 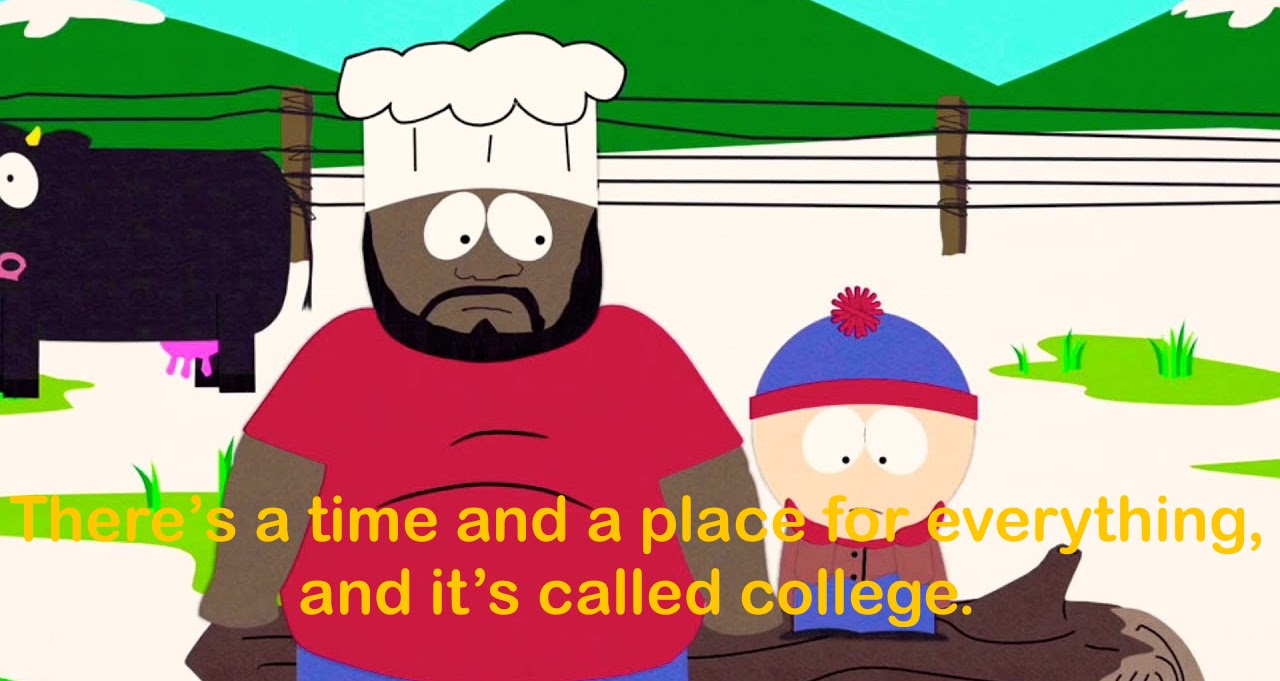 “There’s a time and a place for everything, and it’s called college.” – Chef, South Park

I’m not going to wade back into the Justice Brett Kavanaugh kerfuffle and I’ll tell you why. No matter how many reports come out about what a Supreme Court justice or anyone else did 30 years ago in college, I’m not interested.

Or do you mean to tell me that I’m the only one who was once young and dumb? Who did some pretty messed-up stuff in college? I don’t think so.

Yeah, yeah, I know, I know – we’re supposed to hold leaders to a higher standard.

Don’t you know, it’s that whole notion of trying to appear squeaky clean, above the fray, that gets us all into trouble. There are names for people who put up façades, have to be right all the time and will do anything to protect their precious image. They’re called narcissists. Sociopaths. Douchebags.

What’s the limit? Where do you draw the line? A felony conviction. That’s why we have a legal system. So when people are convicted of breaking the law by a jury of their peers, we know. That’s the standard for every senior executive job I’ve ever had, and that’s as it should be.

That’s where I draw the line. Anything else, I’m not interested. If that rubs people the wrong way in the #MeToo era where Twitter and the freaking New York Times are judge and jury, so be it. I don’t give a flying you know what.

And that’s all I’m going to say on the subject.