Posted by Steve Tobak on September 26, 2019 in No Comments 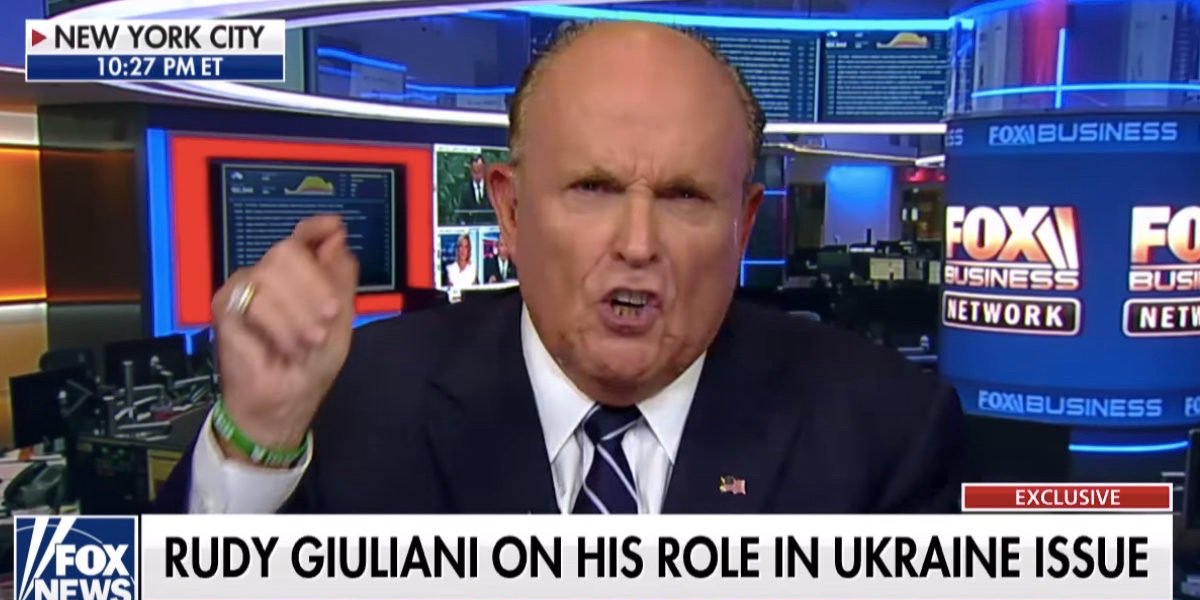 Cringing over yet another Rudy Giuliani rant – this one over his role in Ukraine-Gate – I’m reminded of a big decision I made 15 years ago when I decided to quit the corporate life, hang up my suit and tie, and become a fun-loving strategy consultant.

When you’ve had a distinguished career, get out while you’re still on top and go have some fun on an island somewhere. Whatever you do, don’t flame out in public like a raving lunatic or fizzle out like some sad has-been who’s completely lost it.

Not to pick on America’s mayor, I suppose I could have said the same thing of Joe Biden – if only he’d had a distinguished career.

ICYMI, here are some of the things Giuliani said in a phone interview with Elaina Plott of The Atlantic:

“I’m not acting as a lawyer. I’m acting as someone who has devoted most of his life to straightening out government. Anything I did should be praised.”

Those “morons” and “cowards” Giuliani refers to would be his growing number of detractors in the White House. And the “this” that he “uncovered” would be the Crowdstrike Ukraine kerfuffle with Biden’s son that Trump is obsessing over for no apparent reason.

Somebody really should stage an intervention, sit Rudy down and tell him that he’s not doing himself, President Trump or the nation any favors by filling the President’s head with nonsense that will only get him into trouble and running around doing interviews like a raving lunatic.

And let that be a lesson to all of you.