Posted by Steve Tobak on October 6, 2019 in No Comments 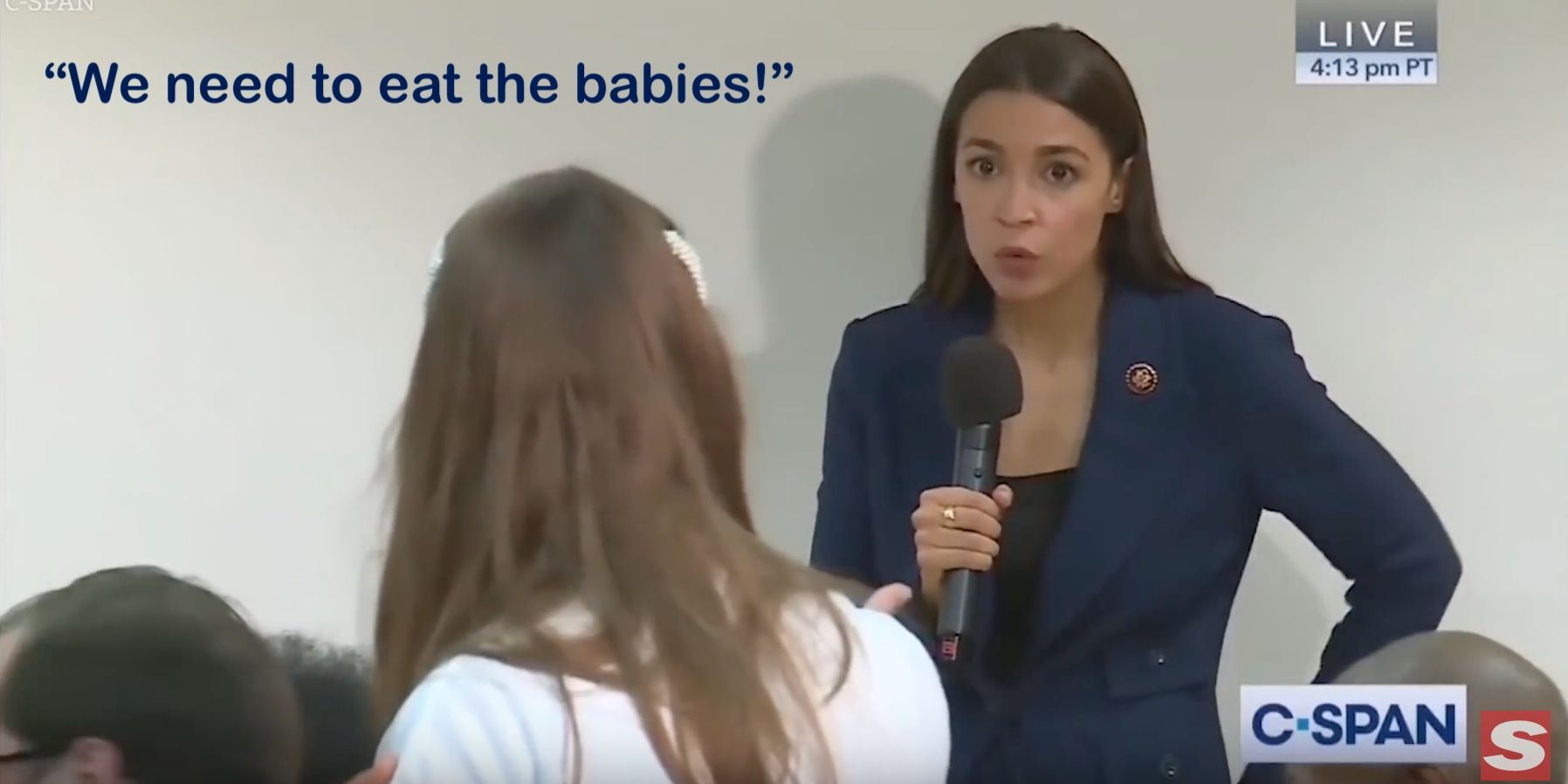 So, I’m sitting out on the veranda – where I spend most of my days – trying to get a little work done. A friend sends me a text, #EatTheChildren, with this video of a meeting with some lunatic ranting at AOC:

“We only have a few months left. We don’t have enough time. There’s too much CO2. We have to get rid of the babies. That’s the big problem. Just stopping having babies is not enough. We need to eat the babies.”

And everyone present, including AOC, is looking at this woman with somber expressions, as if they’re not all picturing her in a white padded room and a straitjacket with one of those Hannibal Lector muzzles on her face.

So of course I couldn’t resist texting the video to some of my progressive friends, along with the hashtag #EatTheChildren.

One replied, “What a loon. Hope she gets back on her meds. Could have been a skillful prank as well.”

But then, another said, “She DOES have a point.”

“Tell that to your kids,” I replied, “they might not want grandpa babysitting.”

Of course the whole thing was staged, but the fact that it registered at all on the believability meter speaks volumes about the state of global climate hysteria.

Berkeley scientists have proposed fighting climate change by injecting sulphur dioxide into the atmosphere to block the sun. Brilliant. I mean, who needs the sun, anyway? What could possibly go wrong?

Earlier in the week I saw that “flight shame” is becoming a thing in Sweden. Thanks to 16-year-old UN climate hysteric Greta Thunberg, people are afraid to fly. Experts say climate concerns could “halve growth in air traffic,” causing EU airline analysts to lose their shit.

Here’s what I’m wondering. How do these idiots think they’re going to get around? Do they think trains and cars don’t use fossil fuels? That EU power doesn’t come mostly from coal? Business by bicycle? I don’t think so.

Or maybe they’ll stop traveling altogether and just mope around like zombies eating babies and dead people to avert an ecological apocalypse. Don’t laugh, the latter was actually suggested by a Swedish scientist. Why am I not surprised?

In all seriousness, look at what the Green New Deal loons are suggesting. No travel, no kids, no meat, no gas stoves or heat, no nukes, and no corporations or small businesses, since capitalism is destroying the planet, don’t you know?

Turn the world into a dystopian nightmare to avoid a possible dystopian future. Makes complete sense.

The point is, all the sky-is-falling, fearmongering rhetoric has gone way over the top. It is not helping the climate cause one bit. But politicians like AOC, UN bureaucrats and EU environmental progressives are having a field day.

Which brings us to China. After the world’s democracies have all gutted themselves over climate hysteria, China – the hands-down biggest polluter on the planet – will be the last nation standing. And we’ll all be speaking Mandarin.

Don’t get me wrong. I’m not saying do nothing, but AOC’s Green New Deal and the UN’s pseudoscientific doomsday scenarios are making people hysterical. This is no time for panic or hysteria. All that does is generate more panic and hysteria. Next thing you know, eating babies and blocking the sun sound like a legitimate strategies.

I’m thinking that maybe, just maybe, it’s time to dial down the end of the world rhetoric a bit. What do you think?