Posted by Steve Tobak on November 4, 2019 in No Comments 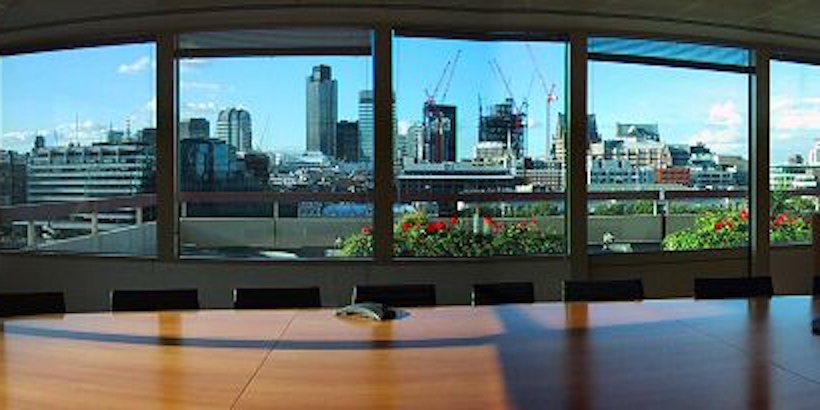 “We have to pass the bill so that you can find out what is in it.” – Speaker Nancy Pelosi

Every company culture has its own unique jargon.

Facebook’s mantra is “Move fast and break things.” Zuck and company sure have stayed true to that, especially the second part.

Amazon’s first leadership principle is “Customer Obsession.” Should have been “Competition Annihilation.”

IBM’s slogan used to be “Think.” Now it wants AI to do all the thinking for us. Will that make a “Smarter Planet?” Probably not.

Google’s motto was originally “Don’t be evil.” Guess they should have set the bar lower. Much, much lower.

When you’ve spent as much time in boardrooms as I have, you get used to hearing certain words and phrases over and over again. One thing I can tell you, “transparency” is not one of them.

Don’t get me wrong. I’m not saying that corporate executives are never transparent. They are. Sometimes. And I don’t mean to imply that they intentionally deceive stakeholders. Although they do. Sometimes.

What I am saying is that, while CEOs and their leadership teams are occasionally open and forthcoming, transparency is not typically a priority, at least not in my experience.

In the corporate world, communication strategy is all about positioning to achieve a certain result. What that means exactly varies. In any case, the trick is to do that without breaking the rules, getting caught or getting sued.

Does that surprise you? It shouldn’t. In case you haven’t noticed, our conversation culture is big on endless rhetoric and debate. Definitive decisions, actions and consequences, not so much.

Let’s face it. We stopped holding leaders accountable long ago. Since they’re not incentivized to be forthcoming and truthful, it should come as no surprise that they’ve grown accustomed to telling us what we want to hear. And these days, we want to hear that they’re transparent. So that’s what they tell us, over and over.

For all the talk of transparency, much of it falls on deaf ears. Much like “authentic” and “inclusive,” it’s become part of the lexicon of words they use to mollify the masses. Make no mistake. Inside the boardroom and the beltway, transparency is, well, as we used to say in Texas, all hat, no cattle.

Stop and think about it for a second. When do you usually hear the word “transparency?”

When political and business leaders are making grandiose promises and pledges, naturally. When academics and regulators are preaching corporate governance, for sure. Every time some naïve, fanatical activist opens his mouth, of course.

Don’t even get me started on the fake news media.

Behind closed doors, corporate executives are generally concerned about three things: business strategy, operating results, and staying out of court … and prison. I know that sounds cynical, but that’s my honest observation.

While communication is not a top priority, it does come into play when there are layoffs, acquisitions, customer deals, product launches, quarterly results and the like. In which case the goal is to get the message across without breaking any rules. Period.

For publicly traded companies, there are strict rules governing the disclosure of material information, although the Securities and Exchange Commission and prosecutors have wide latitude when it comes to charging companies for violating those rules.

Apple somehow managed to avoid telling shareholders anything about the health of CEO Steve Jobs when he was sick. Even when he was dying.

Tesla didn’t notify investors of a fatal accident involving its controversial autopilot prior to a $1.5 billion stock offering. Don’t even get me started on Elon Musk’s tweets.

Neither company faced any significant sanctions as a result.

But still, there are rules.

Granted, executives of public companies are incentivized not to commit fraud. After all, that can hurt the brand, not to mention sales and profits. If they get caught, that is. Unfortunately, that’s a pretty low bar.

In politics, the bar is lower still. The textbook example being President Barack Obama’s pledge that his would be the most transparent administration in history. Meanwhile, his signature legislation, the Affordable Care Act, was built on lies that we could keep our plans, our doctors and our wallets, none of which turned out to be true.

Never mind that the ACA was built in complete secrecy and passed through bureaucratic sleight of hand. Remember Speaker Nancy Pelosi’s glib line, “We have to pass the bill so that you can find out what is in it?” The irony is, that was the only thing about Obamacare that was transparent.

The point is this. We should start holding leaders accountable, stop insisting they tell us what we want to hear or, preferably, both.