Posted by Steve Tobak on February 2, 2020 in No Comments 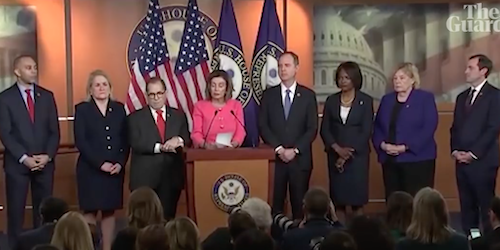 Apparently the word “poli-tics” is derived from “poli,” meaning many, and “tics,” meaning blood sucking parasites.

I can’t take credit for that one – it’s apparently been said by all sorts of notables from Robin Williams to Barry Goldwater Jr. (Hat tip to Andrew W.)

Seems to me that’s an entirely rational reaction to the gross dysfunctionality of our nation’s capital. Nothing gets done and what does get done usually does more harm than good. How can we be anything but cynical?

I used to be completely apolitical. Didn’t know a damn thing about politics. Didn’t care. Thought government bureaucrats were entirely worthless. Certainly not worth my time and consideration.

Don’t get me wrong. They’re not all bad. But as a group, as a profession, I do believe they deserve most of the criticism they get.

In Atlas Shrugged, Ayn Rand portrayed the zombielike, zero accountability, CYA mentality of politocrats (don’t google that, just made it up) with great accuracy – and more than a touch of cynicism.

Not much has changed in 60 years.

Big government bureaucrats and their oppressive political correctness and racist identity politics can and will destroy our free society if given the opportunity and the means.

Cynical or not, it’s up to you and me to make sure that never happens.

Ayn Rand’s dystopian vision was a powerful and prescient warning. The industrial entrepreneurs of Atlas Shrugged – the heroes of the book – sure showed those politocrats what’s what.

In this reality, that duty falls on us. We must embrace that duty. Godspeed.