Posted by Steve Tobak on February 24, 2020 in No Comments 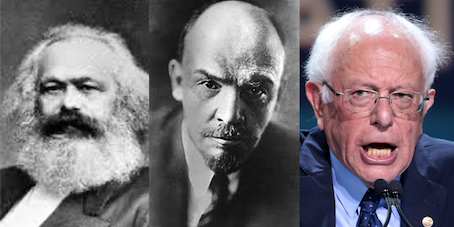 “The trouble with socialism is that you eventually run out of other people’s money.”

Former British Prime Minister Margaret Thatcher didn’t actually say that, but she did say that “socialist governments traditionally do make a financial mess. They always run out of other people’s money.” Close enough.

And her performance in this Parliamentary clip was downright awe-inspiring:

Damn, that woman sure was something, wasn’t she? Wouldn’t you love to have seen Mad Maggy debate Bernie Sanders? He’d be a quivering blob of jello by the time she was done with him. Guess we’ll just have to settle for Donald Trump.

That’s right, folks; it’s true. The Dems are actually going to nominate a socialist who seriously believes that taxing a few “fat cat millionaires and billionaires” will cover his gazillion trillion dollar everything-for-all policies. I mean, have you seen all the crazy crap on this guy’s website? Check this out:

I’m sure I missed a few.

Each one of these loony topics expands into a set of utopian policies that would have made Karl Marx crawl under a table in a fetal position until the nice men in white suits came and hauled his hairy ass away.

Notably absent are the price tags. There hasn’t been enough money printed in the history of the world to pay for half this shit.

That’s the trouble with Bernie’s brand of socialism. According to the Brookings Institute, if you added up all the wealth in America – I mean ALL of it – it’s about $100 trillion. That’s five times the nation’s annual GDP. Even if you could liquidate all that wealth – stocks, bonds, houses, commercial real estate, everything – I doubt it could fund all Sanders’ programs.

If you gave every last penny that every American has in cumulative assets to the federal government and left the entire nation flat broke, that wouldn’t satisfy this lunatic and his extreme socialist agenda.

So here’s my challenge to the Democratic Party: Go ahead. I dare you. Put Bernie’s name right up there at the top of the ticket. Make my day.

Image credit Gage Skidmore/Flickr (That would be Bernie, not Karl/Vlad)