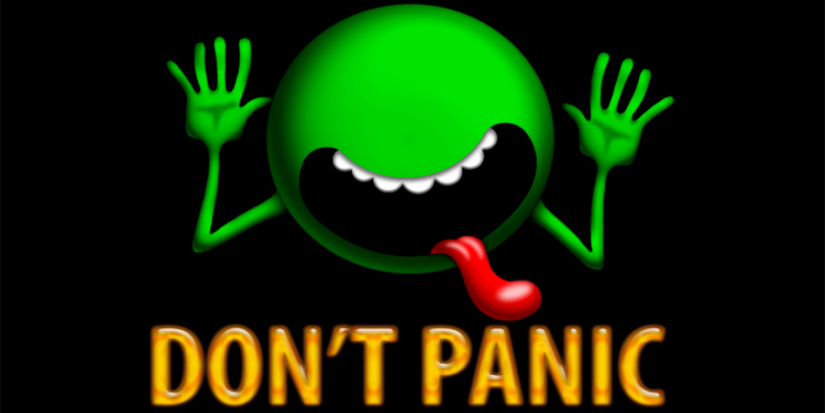 Sick of hearing about coronavirus 24×7? Join the club. I mean, how can you not panic with wall-to-wall news coverage telling you not to panic while inundating you with countless doomsday scenarios and obsessive routines to remind you that, should you happen to let just one lousy microbe live and head out to Starbucks you will doom yourself and your entire freaking neighborhood.

No wonder everyone’s running to Costco and buying up all the toilet paper. Come to think of it, I have no idea why anyone would do that. As one guy tweeted, “Why would anyone need this much toilet paper unless their ass physically eats it.”

Why would anyone need this much toilet paper unless their ass physically eats it…. #panicbuying pic.twitter.com/ZzM5tu3Zpa

One of my neighbors posted this website www.flattenthecurve.com on Nextdoor, an app I generally despise but do find occasionally useful when there’s a wildfire in the neighborhood.

Like an idiot I clicked the link. What I saw there was 20 pages of the world is coming to an end talk that scared the crap out of me and an unending laundry list dos and don’ts that would consume your life if you let them. It took me two days to get over that experience.

Here’s the thing. I’ve had infections that made me so sick I wished I were dead. No kidding. But I survived. And that gave me some perspective on health. When it’s my time, so be it. I’ve had a good life. A long life. If I died tomorrow, I’d die happy and fulfilled.

Covid-19 doesn’t scare me. Want to know what does scare me? Fear. Fear scares me. A world gone mad scares me. Loss of freedom and isolation scare me. So does my incredible shrinking investment portfolio. And what’s causing all that? Panic.

That’s right, I’m gonna come right out and say it – this is one of those times when the cure could be worse than the disease. When the medicine just might kill the patient, so to speak. And by “cure” and “medicine” I mean panic and fearmongering.

The governor of Ohio, some douche named Mike DeWine, is all over the news claiming that more than 100,000 Ohioans are probably already infected with coronavirus even though there are only 26 confirmed cases. Also – and this is far more concerning – he says that 40% to 70% of the population could end up with the virus.

Let me put that in perspective for you.

The Spanish Flu of 1918 – the deadliest pandemic in modern history – infected about a third of the world’s population and killed at least 50 million people during WWI. It reportedly infected 25% of the U.S., killing 675,000 out of 103 million Americans or 0.675% of the population.

The U.S. population is currently 327 million. If even the low end of DeWine’s statement is correct – that Covid-19 infects 40% of the population – and you dial in a 3.4% mortality rate (WHO’s current figure), that would mean 4.4 million Americans will die or 1.35% of the U.S. population.

That’s twice the per capita death rate of the Spanish Flu 100 years ago when millions of soldiers – the hardest hit by the pandemic – were packed into barracks and on ships, doctors knew nothing about viruses, and antibiotics (most U.S. deaths were caused by secondary bacterial infections) did not yet exist.

There’s a great piece in Wired that explains why comparisons between Covid-19 and the Spanish Flu are wildly flawed.

Now, I may not be a doctor or a data scientist, but, unlike Brian Williams and Mara Gay, I can do simple arithmetic. Want to know what the math tells me? The math tells me that DeWine – who many are heralding as a hero of some sort – is either an idiot or a fearmonger who’s doing far more harm than good. Probably both.

Don’t get me wrong. I’m sure the governor means well. And Covid-19 is serious. The steps being taken by federal, state and local governments are probably necessary to slow the spread of the disease and ensure that, in the worst case scenario, it doesn’t overwhelm our health system. And the effects those actions are having on the economy and our bank accounts are real.

But embarking on a national media tour to advance a doomsday scenario only makes things worse by stoking fear and spreading panic.

By all means, be prepared. Take reasonable precautions recommended by the CDC. Avoid large gatherings, wash your hands, don’t travel unless you have to, stay away from doctors and hospitals unless you’re very sick, work from home if you can and do the social distancing thing.

Be smart. Be prepared. Be cautious. But don’t panic. Americans are strong and resilient. We are at our best in time of crisis. We will get through this together.

In the mean time, you might also want to limit your 24×7 coronavirus news intake while you’re stuck at home. There are countless cable channels and limitless online content that isn’t news. There’s Netflix, Amazon and Hulu. Start a hobby. Read. Exercise. Fix things around the house. Yesterday I fixed a refrigerator fan motor that’s been squeaking for like a year. The wife and I are doing daily hikes. And we’ll be making St. Patrick’s Day dinner at home tonight. Good times.

And if you’re stuck at home with your kids, keep in mind that someday they’ll be gone and you’ll miss them and wonder why you didn’t spend more time together when you could.

If all else fails, you can always blog along with me. I’ll be here. Stay well people.