Posted by Steve Tobak on August 3, 2020 in No Comments 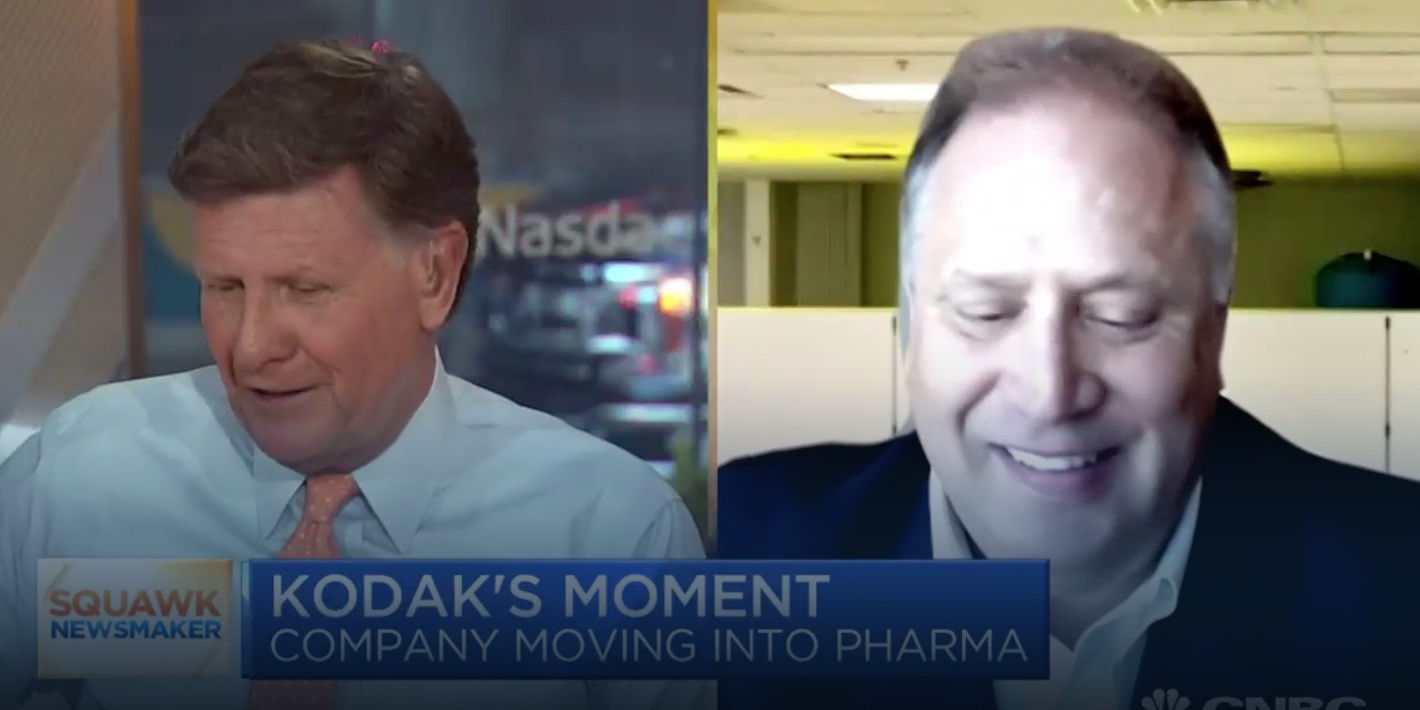 Why is the guy on the right smiling? Last week Monday Kodak CEO and executive chairman Jim Continenza was granted options for 1.75 million shares of Kodak stock by the board. Completely out of the blue.

The very next day the Trump administration shocked the biotech world by awarding the flailing camera company a $765 million loan to manufacture generic pharmaceutical ingredients under the Defense Production Act.

Nobody, and I mean nobody, saw that coming. The news sent shares of Kodak soaring more than 20x from just over $2 to more than $40.

To put that in perspective, Kodak stock had been rangebound in the low single digits for years as the company struggled unsuccessfully to turn itself around after decades of mismanagement and a bankruptcy restructuring in 2013.

Suddenly Continenza gets options immediately worth more than $30 million — based solely on a sketchy loan from the federal government.

Keep in mind, the notion that drug companies will just start buying critical ingredients from a camera/printer/film company instead of their usual suppliers in China and India is more than a bit of a stretch.

But wait. It gets better. Sleepy Kodak stock typically trades light volume, like 80,000 shares a day. The day before the big news broke, more than 1.6 million shares traded. Coincidence? You know I don’t believe in coincidences. Some insiders made out big-time, and probably not legally.

The whole thing stinks to high heaven. And we wonder why people don’t trust crony capitalism. It’s inside deals like this that give corporate America a bad name.