Posted by Steve Tobak on February 11, 2021 in No Comments 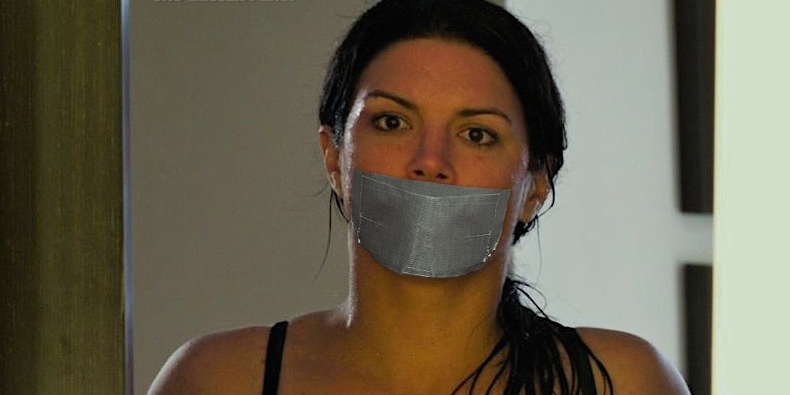 ICYMI, actress and former mixed marshal artist Gina Carano has been canceled for goofing on masks, lampooning pronouns and likening today’s extreme political divide to nazi Germany — the way conservatives are being demonized like the jews were.

Carano was fired by Disney — Lucasfilm to be exact — who threw her under the bus and called her instagram post “abhorrent.” The irony is, they sort of made her point. Censorship — particularly of opposing views — is a key weapon used to control the masses in fascist and communist regimes.

Look, I’m not into nazi comparisons. Anyone who ventures into those choppy waters had better have a life jacket. That said, Carano’s was actually a reasonable observation. And being a Hollywood and MMA star I’m pretty sure she’s covered on the life jacket front. The woman has a bright future; I’m sure she’ll kick ass and land on her feet just fine.

The point is, Amerika is now waging open warfare against freedom of speech. Governments, public schools, universities and corporations are all in lockstep on this. Say anything untoward about certain leftist views or behavior and you’re likely to face a firing squad … career-wise, I mean.

I’m sure you can see the irony in the story. If Carano’s analogy was wrong, she probably wouldn’t have gotten fired.

I mean, everyone and his brother compared the Trump administration to nazi Germany and, as that was a cultural norm of the left, nobody was sent to the concentration camps … so to speak.

God forbid someone calls out the left the way Trump was criticized and characterized. Monster! She’s a monster! Fire her! Cancel her!

Which, of course, was Carano’s point in the first place. Maybe, just maybe, she was unto something. You think?