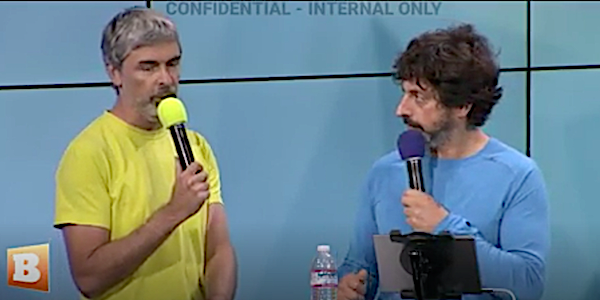 The problem with corporate America becoming politically active is that it encourages employees to behave the same way. And that doesn’t always turn out so well for the company … or the employees, for that matter.

As Google, Reddit, Trader Joe’s and lots of other corporations have learned, hiring employees, particularly leaders, with a history of activism or fanatical devotion to a cause can come back to bite you.

Where’d the “equity” come from? Please, one controversy at a time.

The trouble is that activists tend to be so myopically focused on their radical ideologies and pet causes that they see nefarious motives everywhere.

If their cause is DEI, for example, they see every action involving underrepresented people as race or gender based. That tends to make them and their followers perpetual victims of various conspiracy theories.

I’m reminded of a story I read about a black woman who created a Google document that listed what she perceived to be racist and sexist behavior from coworkers and bosses aimed at her. She named names.

This woman shared the document with her friends — apparently also women of color, if I remember right — who added their own perceived racist and sexist experiences to the list. They also named names.

Then someone shared the Google doc publicly, names and all, and the whole thing blew up.

Reading an interview with this woman I was struck by the impression that what she perceived to be micro and macro-aggressions against her could just as easily have been feedback related to her work performance or perhaps a response to her own behavior and biases toward them.

But that possibility never occurred to her or her friends. They all assumed that every coworker interaction that offended them and every manager who suggested improvement did so out of racial or gender bias. It’s entirely possible that none of that is true.

A few months back, Timnit Gebru, a high-profile Google AI ethics researcher, had an unpleasant encounter with her bosses that raised a ruckus at the search giant and much of Silicon Valley.

Gebru is a respected scientist and DEI advocate — some call her an activist — whose work involves uncovering implicit bias in AI code that powers image and language searches and may unduly influence search results.

As the story goes, the researcher co-authored a paper that wasn’t too flattering of some of Google’s search methods. After internal review, she was told by higher ups not to publish it.

Incensed by the rebuke, Gebru responded with demands and threats to quit. She also sent an incendiary email to coworkers that sounded as if they were at war with their employer. Some seriously toxic stuff.

Her bosses simply accepted her resignation and called it a day. I’m sure they were relieved. Which couldn’t be more ironic, considering Google’s founders and executives’ epic meltdown in an all-hands meeting after Clinton lost the 2016 election.

Here’s the thing. There is a significant generation of thin-skinned snowflake activists that see everything that happens to them as racist and sexist. These zealots have figured out that they can get what they want by extorting spineless business and political leaders.

Fueled by the educational system and the media, these fanatics don’t see things objectively, behave like rational adults or make logical decisions. And they are having a growing influence on our government, our corporations and our institutions.