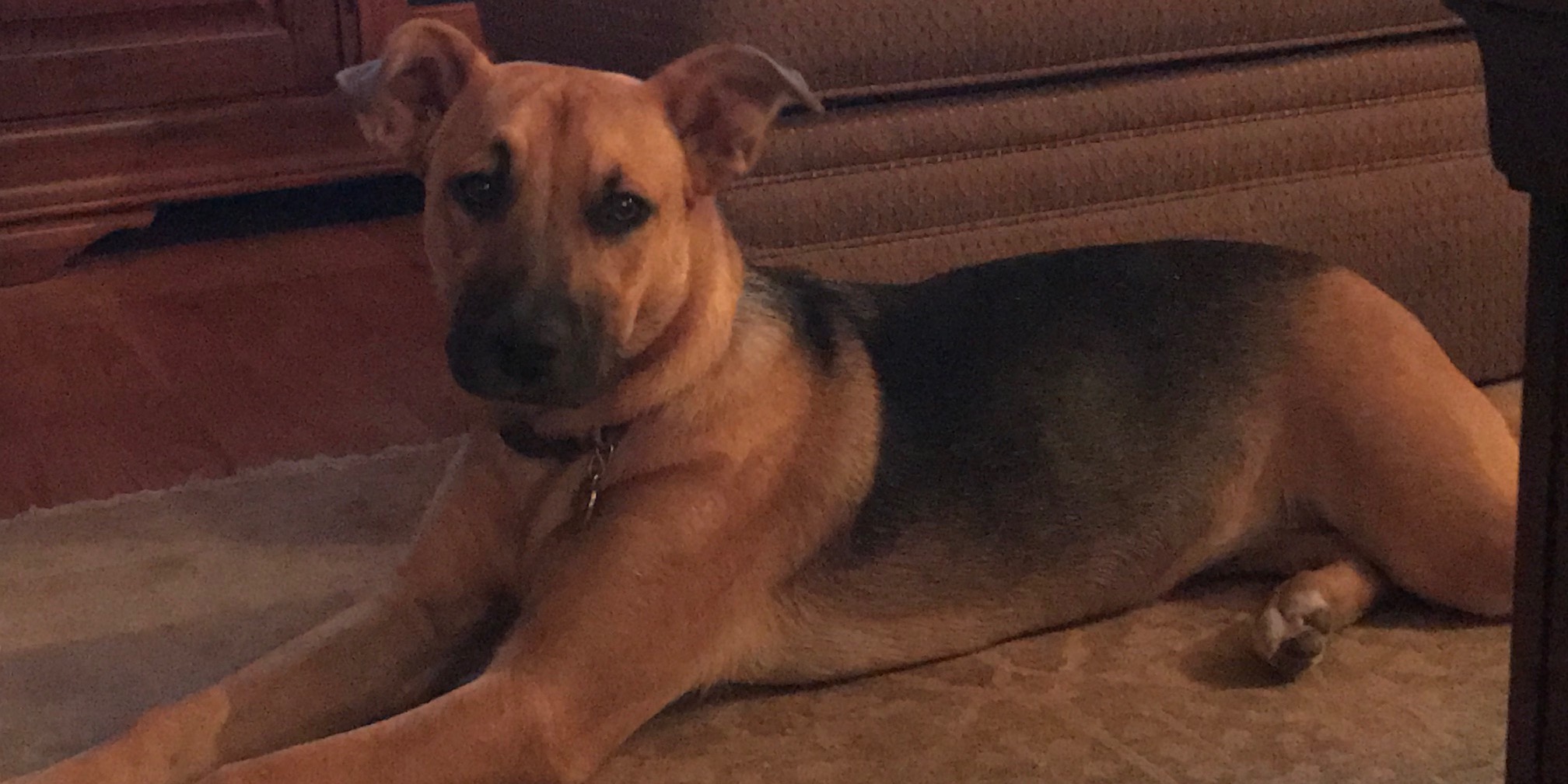 The CDC says we don’t have to mask or distance after getting vaxed. Lots of epidemiologists disagree, according to the NY Times. Which way to go? Kira the puppy may have the answer.

I seriously doubt that Kira woke up yesterday thinking, I’m gonna jump out the window of a moving car at 35 mph into traffic and give my daddy a freaking heart attack. But that’s what she did.

The dog either has impulse control issues, a God complex or a death wish.

For a split second I swear my heart stopped. Then I looked in the mirror and saw her roll on the asphalt and bounce back up on her feet with a chain of cars across two lanes stopped just behind her.

Lucky that everyone was able to stop in time. No accidents. No injuries. Kira’s fine.

Once I pulled over and got the monster and myself back in the car, traffic resumed. As the cars drove by, one by one, their drivers were kind enough to share how they felt about the incident.

The commentary fell into two opposite categories:

One group was empathetic, thankful that disaster was avoided. One woman shouted that her dog had done the very same thing! This was the freedom loving group who know that life is risky and accidents happen but that’s just the way it goes.

The second group stared daggers, chiding me for not having my windows rolled up or taking some sort of preventative action. This was the fearful group who think everyone must take every possible precaution so nobody ever gets hurt and they’re never inconvenienced, freedom be damned.

You can see the Covid analogy I’m sure. The latter group would have the nanny state lock us down with double masks from here to eternity.

Speaking of which, have you seen the latest ad for Cali’s to get vaxed?

Here’s the thing. If the vaccines are so effective — and they are — then why is this dumbass in the ad wearing two masks?

Even after the new CDC guidance nearly everyone in Silly Valley is still walking around outside with masks on and Gov Newsom refuses to lift the mask mandate. Dumbasses.

Back to my canine Evil Knievel, I’ve been driving around with dogs for most of my life. And yes, the thought of a jumper has crossed my mind. Lots of times.

But you know, dogs love hanging their heads out the window. If you roll the windows up, no fun for them. If you leave them down, bad things can happen.

It’s a risk benefit call. On freeways, I’ve always rolled windows mostly up, just so they can get their noses out. In town, mostly down. Maybe I will tighten that up a bit going forward. We’ll see.

Still, who’d have thought a 65-70 lb dog could’ve or would’ve done something like that?! The real question is, would she do it again after that ordeal? I really have no idea.

But these are the kinds of judgement calls we make every day of our lives. Dogs too.

As for me, I will always err on the side of freedom. Life is dangerous. Life is risky. And trial and error is how we learn. That’s how it works. Maybe Kira will learn from the experience. Will I? Guess we’ll see.

One thing’s for sure. If she were human, this dog would not be wearing a mask after getting vaxed. Maybe dogs are way smarter than we think.