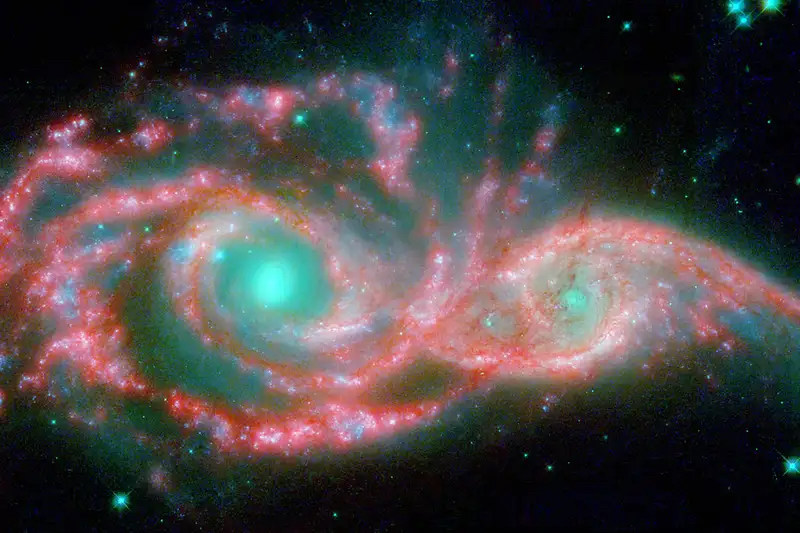 From the tiniest quantum particles to the farthest reaches of the cosmos, one truth emerges: there is never just one of anything.

So why would we assume that there is just one universe?

The notion that ours is one in a cluster of universes doesn’t just make logical sense, it could explain the biggest mystery in physics: Why is the rate of expansion of our universe increasing and what is the nature of the mysterious dark energy scientists believe is causing it?

Scientists have long known that our universe is expanding. According to Einstein’s theory of gravitation, the rate of expansion, known as the Hubble constant, should decrease over time due to gravitational attraction between all matter.

On the contrary, the Hubble constant is actually increasing. Around halfway through the universe’s 15 billion year life the rate of expansion began to accelerate, leading scientists to postulate an unknown repulsive force pervading the universe. They called it dark energy.

While the data from the Hubble space telescope and terrestrial observatories appears to be solid, the notion that nearly three quarters of our universe is made up of some mysterious dark energy that scientists know absolutely nothing about seems ludicrous.

In my view the notion of dark energy is yet another universal fudge factor much like the one Einstein himself created and later dismissed. It’s a non-explanation for an observation that doesn’t fit the current groupthink.

As a big fan of Occam’s razor I believe there is a far simpler explanation that seems entirely logical and does not break the current laws of physics. All you’ve got to do is expand your perspective a bit.

Planets and moons cluster in solar systems. Stars cluster in galaxies. Galaxies cluster, collide and merge all the time. And all that is due to gravity.

What if universes cluster as well? And if so they could certainly exert gravitational influence on each other, just like galaxies and everything else in the cosmos.

Imagine our universe existing in a cluster of universes that are also expanding. In time they might interact, exerting gravitational force of attraction on each other. An observer inside one of the universes would see that as a repulsive force, which is exactly what we’re seeing here.

I don’t know how close neighboring universes would have to be to exert that kind of force, but they could be right on our doorstep or even interacting with our universe as we speak and, aside from observing a change in the Hubble constant, we would never even know it.

It’s not that our telescopes can’t see far enough. The problem isn’t distance but time. We can see to the farthest reaches of the universe … as it was 15 billion years ago. That’s how long it takes for light to reach us. It’s impossible to know what’s currently going on out there.

Which means we could never verify my hypothesis. Convenient, I know, but it can’t be helped.

One last thing. The current thinking is that the big bang didn’t just create all the mass and energy in the universe but also space and time and all their properties. So another universe might have completely different physical laws and properties.

What if that’s not entirely true? What if big bangs spontaneously occur in more or less the same way across the cosmos? What if Einstein’s theories — gravity and the interrelationship between matter and energy, space and time — are fundamental and consistent across universes?

Note: my definition of “universe” is the observable universe that started with the big bang about 15 billion years ago.