Posted by Steve Tobak on February 4, 2019 in No Comments 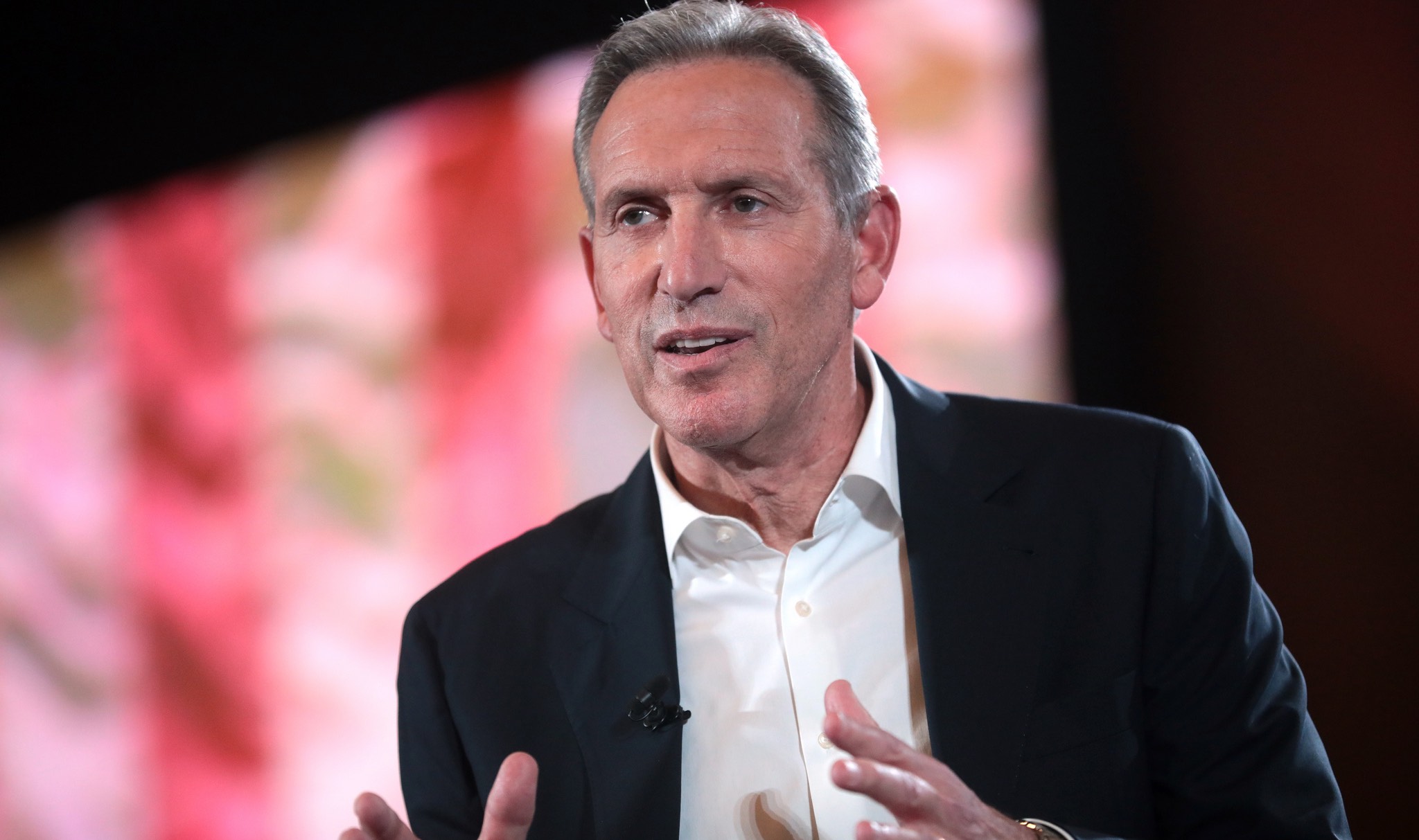 Whether you’re religious about your grande nonfat cappuccino or not, you’re probably aware that Starbucks founder and former CEO Howard Schultz is exploring a bid for President – as an independent.

Now before you tell me to cut down on my caffeine and that fiction isn’t my gig, hear me out.

If you watch enough sports you’ll hear a commentator say something like, “No team has ever come from behind with a [fill in the blank] [point/goal/run] deficit this late in the game to win.”

And that may be true – until it isn’t.

Likewise, the political pundits say an independent can’t be President because the U.S. has a two-party system and, well, it’s never happened before, at least not since George Washington.

And that statement is also true – until it isn’t.

A lifelong democrat, Schultz says he won’t run as a democrat because the party has gone too far left – pushing unrealistic socialist policies like ultrahigh tax rates and a wealth tax on the rich, not to mention free healthcare and college education for all, which would cost something north of $40 trillion.

On the flip-side, Schultz doesn’t think Donald Trump is qualified to be President. He says Trump doesn’t have the temperament for the job. That some of his policies are irrational. And that he’s the best candidate to boot the man out of the White House.

The coffee mogul has hired a team of well-heeled political consultants to help him figure out if running as an independent is feasible. And it just might be. Both political parties are weak, perhaps weaker than they’ve ever been, at least in my lifetime.

The GOP was so confused prior to the 2016 election that a candidate everyone dismissed as a joke ended up winning the nomination.

And Democratic heir apparent Hillary Clinton was so unlikeable that she actually lost the election to Trump. Now the entire party is up for grabs with just about everyone who’s anyone talking about jumping into the race.

Meanwhile, up on Capital Hill, Congress is a dysfunctional mess. All anyone seems to care about is toeing the party line and getting reelected. I don’t think anyone would argue that Congress stopped working for their constituents long ago.

And here we are. Schultz believes he can bridge the gulf that has long divided the nation and get the Federal Government working for the American people again. He also believes that most of us would prefer a reasonable centrist to either Trump or a democratic socialist.

It bears mentioning that I’ve followed and written about Schultz for a very long time. And while his style is way too Pollyanna for me, he does have serious leadership chops. And at least half the time I’ve criticized him or his plans, I’ve been wrong. So there is that.

The realities of what it would take for an independent candidate to win the majority of electoral votes aside, maybe this is a unique time in American history. Aside from the faithful who would never stray from their chosen party, everyone else is pretty much fed up with Washington’s two-party system.

If the way in which all the players appear to be simultaneously dismissive, critical and fearful of Schultz is any indication, it feels a lot like it did four years ago – not to mention 12 years ago when a junior Senator from Illinois decided to throw his hat into the ring and challenge Hillary Clinton. Clearly, the man is viewed as a significant threat.

As I said at the time – both times, in fact, if not for very different reasons – look out for this guy. Now I’m saying the same thing about a certain self-made billionaire who came from a working class family in Brooklyn and built a coffee empire from nothing. Who better to bring back the American Dream than someone who embodies it?