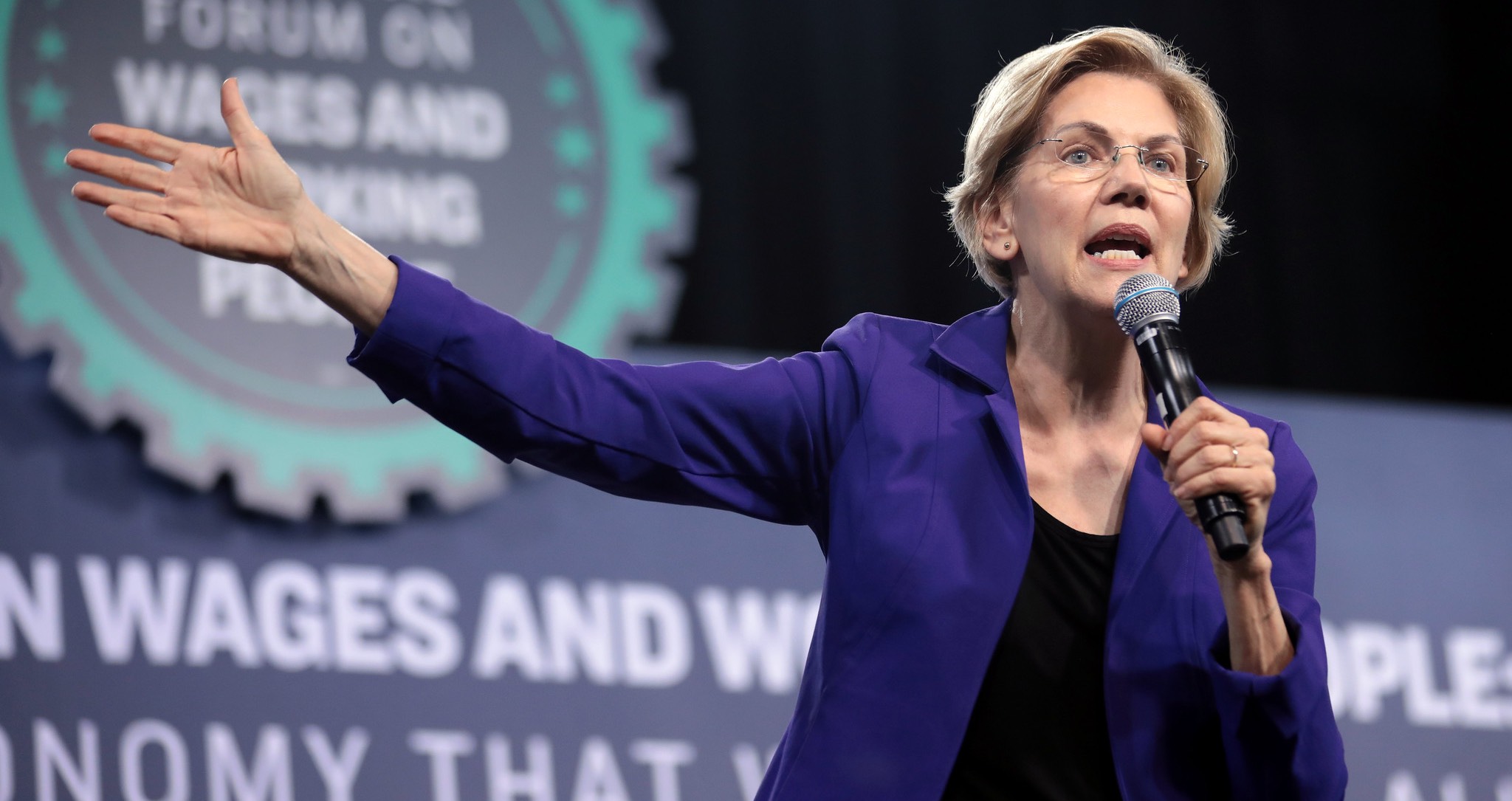 The latest of Elizabeth Warren’s steady barrage of policy musings is all about how to create American jobs. She begins by decrying how unpatriotic corporate America is, then offers the usual big government solution: create yet another new agency, the Department of Economic Development. Of course. Here’s an excerpt:

Sure, these companies wave the flag — but they have no loyalty or allegiance to America. Levi’s is an iconic American brand, but the company operates only 2% of its factories here. Dixon Ticonderoga — maker of the famous №2 pencil — has “moved almost all of its pencil production to Mexico and China.” And General Electric recently shut down an industrial engine factory in Wisconsin and shipped the jobs to Canada. The list goes on and on.

These “American” companies show only one real loyalty: to the short-term interests of their shareholders, a third of whom are foreign investors. If they can close up an American factory and ship jobs overseas to save a nickel, that’s exactly what they will do — abandoning loyal American workers and hollowing out American cities along the way.

That’s why I’m proposing the creation of a new agency — the Department of Economic Development — that will have the single goal of defending good-paying American jobs and creating new ones.

On and on she goes, rifling off one ludicrous fallacy and taxpayer-funded big government program after another. Allow me to point out a few of the countless flaws in her proposal:

1. Maybe Warren should have taken a look at the record low unemployment rate before writing this. Last time I checked, we’re effectively at zero unemployment. So she’s solving a problem that doesn’t exist.

2. Governments don’t create and protect jobs – the private sector does. When U.S. policymakers create a favorable business climate — lowering taxes and reducing regulations as President Trump has — there’s no incentive for American companies to go offshore. It isn’t complicated.

3. Corporations don’t “ship jobs overseas to save a nickel.” They do it when they have to do it to remain competitive. If they don’t, consumers won’t buy their products, they lose market share and they ultimately fail. Then everyone ends up losing their job. Again, this is not complicated.

4. The Department of Education was created for almost the same reasons Warren cites: to put big government to work on the problem of deteriorating inner city schools. How’d that work out? Instead of solving a problem it created one.

5. The 2016 democratic presidential candidate talks about leveraging federal R&D to create jobs, citing Apple as an example where that backfired:

American taxpayers subsidized the iPhone? WTF is she talking about?

I could go on but you get the point. I do, however, support one of her ideas: Require the federal government to buy American made products when possible. Well, duh.

Warren starts her piece by saying she comes from a loyal family and is grateful for the opportunities America has given her. Maybe she should give back by getting out of politics and starting a business. Then she might actually have a clue about how jobs are created here.